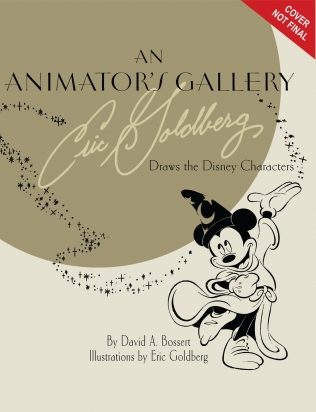 The Art Deco-themed art book features text by Bossert and Goldberg’s illustrations of Walt Disney characters in a style reminiscent of caricatures from the famed walls of New York’s Sardi’s and Los Angeles’ The Brown Derby. More than 200 stylized images of characters from Disney movies such as Snow White and the Seven Dwarves, Alice in Wonderland and Frozen are featured in the book, plus a special section with characters from Pixar movies such as Toy Story and Cars.

The book signing takes place at the Anaheim Convention Center, as part of the 2015 D23 Expo, a three-day event dubbed as “the largest Disney fan event in the world.”