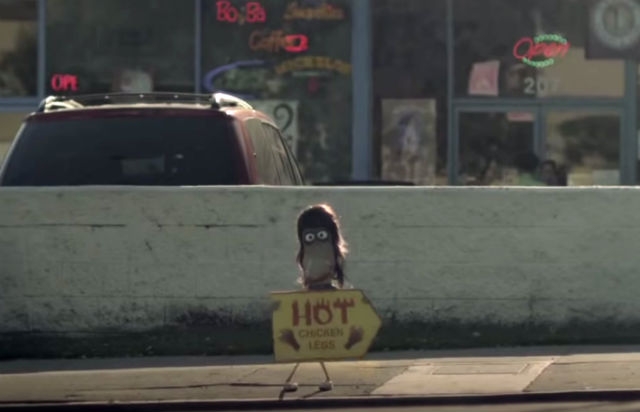 Above: Trailer for Ian Samuels’ ‘Myrna the Monster.’

According to Filmmaker editors, the list isn’t meant to be a predictor of these artists’ success, but rather a “kind of geological survey, a dig into the new impulses, ideas and forces that will bring both new stories and new forms of storytelling to the surface in the years ahead….They created work that not only made us anticipate their futures but impressed us in the present.”

Samuels’ short film Myrna the Monster has been a powerhouse on the festival circuit since the MTV-commissioned project debuted at the Sundance Film Festival earlier this year. The film is a mixture of live action, puppetry and animation, but it’s Myrna’s ordinariness (doing laundry, taking dance classes) that makes the work most appealing. Samuels tells Filmmaker: “I love the Brothers Quay and David Lynch, but theirs are surreal ‘other worlds.’ I’m trying to keep everything in our world. I guess that’s why I like E.T. — you feel like you’re at home, and then something strange enters.”

He’s currently working on his next project, Taxidermy, a feature film that he describes as much darker than Myrna. 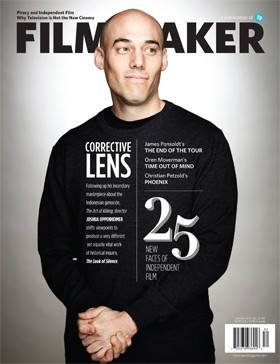 Borg, along with co-director Edward Lawrenson, was selected for the 2015 list largely because of the stellar notices for their 36-minute documentary short Abandoned Goods. Like Samuels’ film, it also screened at this year’s Sundance and was awarded the Golden Leopard for Best International Short at the Locarno Film Festival 2014.

The essay film details one of the U.K.’s major collections of Asylum Art—more than 5,000 objects (paintings, drawings, ceramics, sculptures and works on stone, flint and bone) created by residents of a South London psychiatric hospital between 1946 and 1981.

From Filmmaker: “Abandoned Goods unites Borg’s animator training and Lawrenson’s interest in psychogeographical history. ‘With Pia’s background as an animator, she was able to bring a meticulous artistry to the presentation of the paintings that I would never have,’ Lawrenson notes.”

As Borg prepares for the fall semester at CalArts, she’s also working on a new project that mixes documentary and fiction.