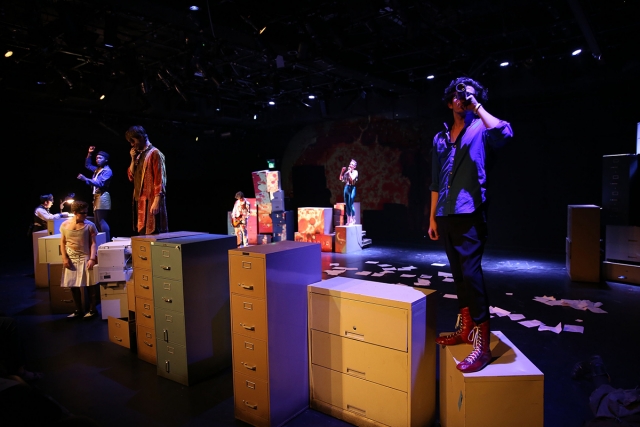 From CalArts School of Theater’s production of ‘Paradise By Design’ in March 2015. | Photo: Steve A Gunther

The Hollywood Reporter recently released a list of “The 25 Best Drama Schools for a Master of Fine Arts,” and CalArts has taken a spot on the list.

This year, the publication expanded the polling process to include not just casting directors, but members of the Screen Actors Guild Foundation and the schools themselves to come up with the best schools to get a postgraduate education in acting, directing and playwriting.

“The 8-to-1 student-teacher ratio at this campus outside Los Angeles — founded in 1970 by no less an entertainment educator than Walt Disney — makes it easy to find a mentor,” according to the magazine, “Graduates include Ed Harris, Don Cheadle and Alison Brie.”

The Hollywood Reporter‘s list of best schools includes Yale School of Drama, The Juilliard School, UCLA and Tisch School of the Arts at New York University. See the complete list.