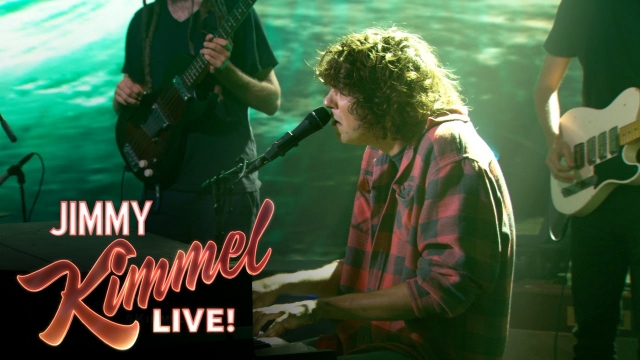 “The experience was so awesome—it was my first time performing on TV,” said Whipple via phone, who also wrote the arrangements for Jesso’s album with violist Ali Balouzian.

Whipple says he began working with the songwriter after Jesso attended the performance of the musicians’ band, Duk. “When he later formed his band [to support Goon], he asked us to perform with him.”

On Sept 29, the musicians embark on Jesso’s first major tour throughout the U.S., followed by a world tour in November. Jesso was also accompanied by Duk during his FYF Fest set over the weekend in Los Angeles.