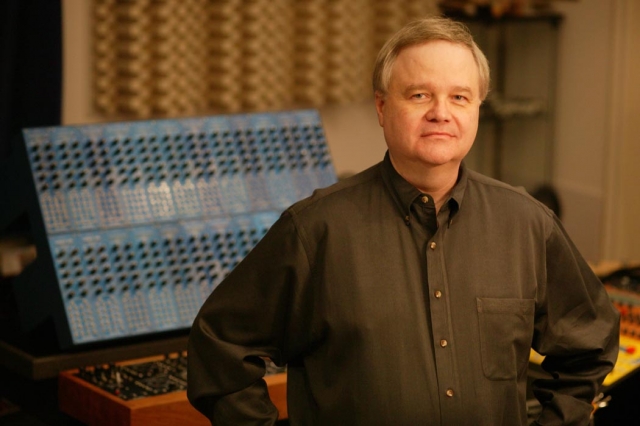 On Saturday (Sept. 26) at 8 pm, CalArts hosts a farewell concert in honor of composition faculty Barry Schrader, who retires at the end of the 2015-16 academic year.

Schrader’s contributions to both the music world and the development of the CalArts school and community are prodigious. As a composer, he specializes in electro-acoustic (mainly electronic) music; has been called “a seminal composer of electro-acoustic music” by the journal SEAMUS and has had his large-scale electronic works compared with composers such as Stockhausen and Eloy, while having their roots in Mahler and Beethoven (Paris Transatlantic Magazine).

In addition, Schrader, who studied musicology prior to composition, has written widely on musical style and theory, contributing to numerous well-known publications including The New Grove Dictionary of Music and Musicians, Contemporary Music Review and Computer Music Journal, to name a few.

As an educator, Schrader has been teaching composition at CalArts for 45 years, after receiving his MFA in composition from CalArts in 1971. His lengthy tenure at CalArts has given him the unique opportunity to witness and influence the school’s development since its inception: “It’s been an incredible adventure to have experienced the evolution of the school from its beginnings at the temporary Burbank Villa Cabrini campus to its current incarnation as The Herb Alpert School of Music at CalArts,” said Schrader.

The farewell concert on Saturday, held in the Roy O. Disney Hall (the ROD) at CalArts, will highlight works composed by Schrader over the past 40 years, featuring CalArts faculty members Mark Menzies (violin) and Vicki Ray (piano). The concert will include a wide array of pieces, including Fallen Sparrow, Ravel, a quadraphonic version of Trinity and Adam Beckett’s (BFA Film/Video 73) ground-breaking film Heavy-Light, among other works.

For those who wish to stream the concert online, it will be broadcast live on the ROD Webcast.