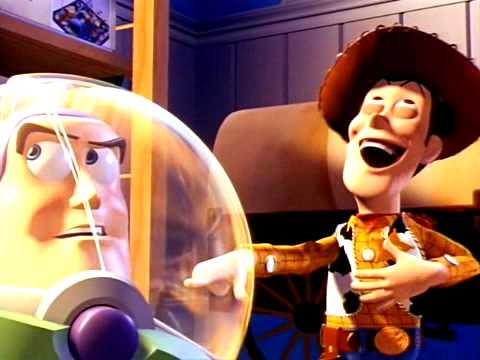 Above: Trailer for ‘Toy Story.’

Before making animation and movie-making history with Toy Story, Lasseter, the film’s director and co-writer, was the second student accepted into CalArts’ Character Animation program in 1975. With Toy Story, Lasseter collaborated with Catmull, the film’s executive producer, to create something revolutionary: a digital animation program that not only made the film possible, but also immediately impacted following generations of animation.

During the discussion panel, Lasseter and Catmull will share behind-the-scenes stories about overcoming challenges as they innovated and solved problems to create one of the most beloved movies in Pixar’s history.

The film earned Oscar nominations for Original Song, Original Musical or Comedy Score, and Original Screenplay (the first for an animated film). In addition, Lasseter received a Special Achievement Award for his leadership of the filmmaking team and Catmull went on to receive an Oscar for his contributions to RenderMan, the software that was instrumental to the creation of Toy Story.

Tickets for Toy Story: 20 Years of Being an Animation Game-Changer are $5 for general admission and $3 for Academy members and students with a valid ID. They may be purchased online at www.oscars.org.

Toy Story: 20 Years of Being an Animation Game-Changer