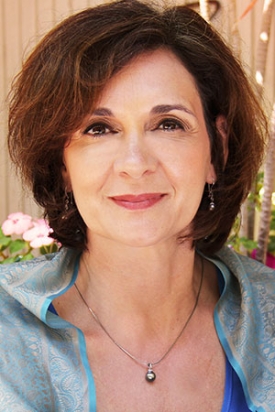 Longtime CalArts faculty member Marissa Chibas has been awarded a Fox Foundation Resident Actor Fellowship for Distinguished Achievement. The prestigious fellowship comes with a monetary award that will support Chibas’ artistic and professional growth in collaboration with the Bootleg Theater in Los Angeles.

Formerly head of the acting program in the Theater school, Chibas now leads the initiative Duende CalArts, which forges collaborations with innovative Latin American theater-makers to expand artistic boundaries in the creation of multilingual works. She has performed in more than 50 productions, including on Broadway; co-adapted the award-winning Brewsie & Willie; produced her own solo show, Daughter of a Cuban Revolutionary; and participated in three Sundance Theater labs, among other accomplishments.

From the School of Theater’s newsletter:

For her fellowship, Chibas will travel to Crete and research matrilineal caves and sacred sites in preparation for her first project at Bootleg, The Second Woman. This interdisciplinary performance draws from John Cassavetes’ film Opening Night and Henry Rider Haggard’s novel She, both of which share themes of the terror of aging and the mysteries of the feminine. Marissa will deepen and enhance her skills as a performer by taking intensive workshops in improvisation, clowning, Afro-Cuban dance, and vocal technique. These workshops will be conducted at Bootleg and made available to high school students from the downtown Los Angeles area. She will include community members in her process and encourage them to generate their own work through multi-disciplinary workshops. Training sessions related to The Second Woman will be opened up to community members free of charge to provide an opportunity to participate and witness the process of developing this play. She is also deeply invested in the women in her community and through this piece hopes to offer a ritual for embracing change and age.

The William & Eva Fox Foundation is the largest grantmaker solely dedicated to the artistic and professional development of theater actors. Through its Fox Fellowships, the Foundation has awarded more than $2.8 million to 335 performers since 1994 to underwrite periods of intensive study, research and training. CalArtian Cindy Im (Theater MFA 04) is also a recent recipient of a Fox Foundation grant in Extraordinary Potential.

Below is a video of excerpts from Chibas’ Daughter of a Cuban Revolutionary, produced by the CalArts Center for New Performance in 2011.