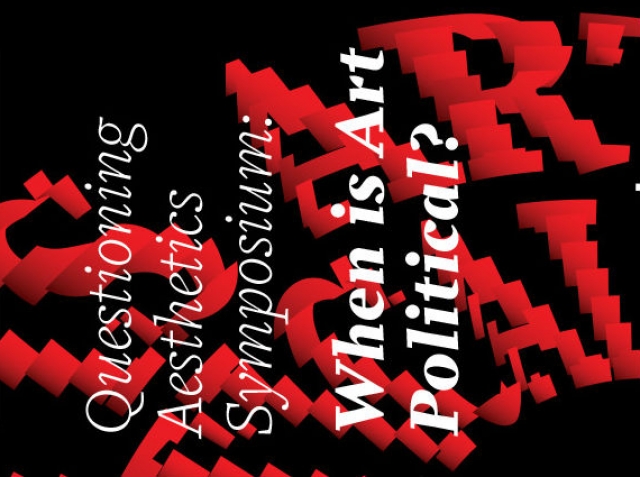 The 2015 edition of the fall conference held by the CalArts Aesthetics and Politics Program is featuring a keynote address by celebrated art historian and philosopher Thierry de Duve, the program’s Theorist in Residence this semester. De Duve is scheduled to speak Friday afternoon, at 4:30 p.m., at the Roy and Edna Disney/CalArts Theater (REDCAT) in downtown L.A. as part of a two-day program titled “When Is Art Political?”

Known for his “Kant after Duchamp” approach to aesthetics and art theory, the Belgian scholar is Distinguished Lecturer at Hunter College in New York. He has previously taught at NYU, MIT, Johns Hopkins, Penn, Université Charles-de-Gaulle – Lille III, and the Sorbonne. His books in English include Pictorial Nominalism (1991), Kant after Duchamp (1996), Clement Greenberg Between the Lines (1996, 2010), Look, 100 Years of Contemporary Art (2001), and Sewn In the Sweatshops of Marx: Beuys, Warhol, Klein, Duchamp (2012). De Duve is a regular contributor to Artforum and his next book, a collection of essays on aesthetics, is forthcoming from the University of Chicago Press.

The Aesthetics and Politics conference, which begins at REDCAT on Friday with an all-day set of presentations and discussions, and concludes on Saturday at the West Hollywood Public Library, sets out to stir new thinking and debate on the subject of “political art.” Curated by Aesthetics and Politics Program director Arne De Boever, Research Fellow in Political Thought Martín Plot and Michael Kelly from the Transdisciplinary Aesthetics Foundation, the symposium sets aside the quest for locating an irreducible essence of political art to inquire instead into the ever-changing conditions of production and reception that make art political.

Questioning Aesthetics: When is Art Political?