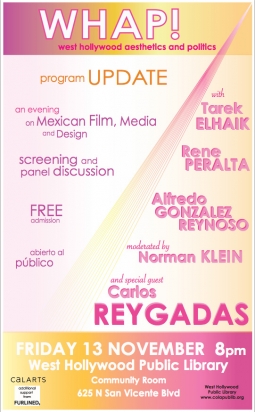 The event, titled “Media in the Americas,” includes a film screening and panel discussion about “Mexican America” in film and design. Critic, novelist and School of Critical Studies faculty Norman Klein moderates the panel.

The evening’s panelists are:

Media in the Americas