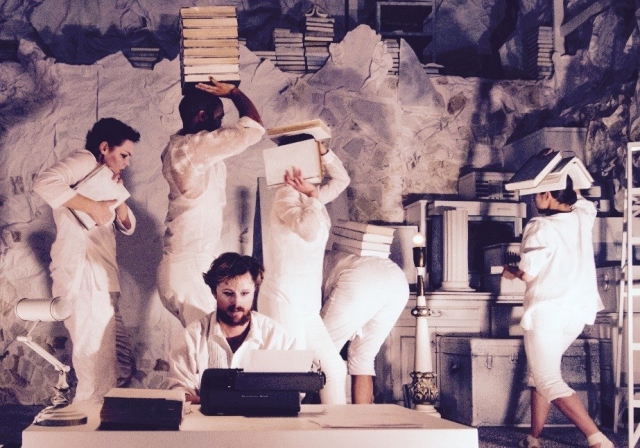 Earlier this month, the 2015 Ovation Awards—the only peer-judged theater awards in Los Angeles—celebrated the best in LA’s theater scene. A number of CalArtians, or the productions with which they were involved, were honored by the LA Stage Alliance, a nonprofit theater advocacy organization.

Hosted by actor French Stewart and his wife actor-writer Vanessa Claire Stewart, the celebration took place at the Ahmanson Theatre in downtown Los Angeles on Nov. 9. The following CalArts alumni and faculty are among the winners:

In addition to the production and performance awards, the Center Theatre Group presented its 2016 Richard E. Sherwood Award to multimedia artist, animator and CalArts alumna Miwa Matreyek (IM, Film/Video MFA 07), who’s known for live performances that combine intricate projected animation with her own live shadow silhouettes. The award, which was created in memory of arts patron Richard E. Sherwood, provides $10,000 in financial support for innovative and adventurous emerging theatre artists living and working in LA.