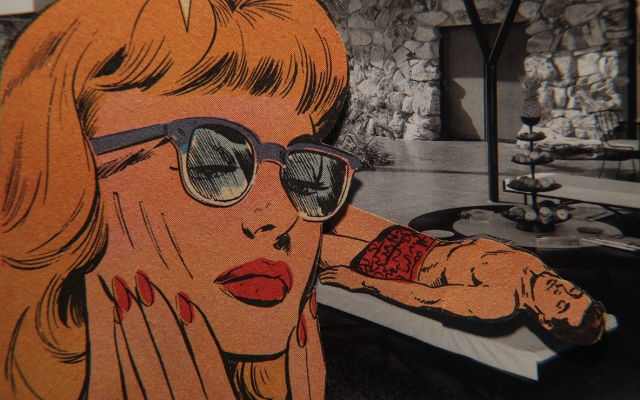 Klahr, called “the reigning proponent of cut and paste” by The Village Voice, is known for his uniquely idiosyncratic collage films and cutout animations. For Sixty Six, part of his digital series Prolix Satori, Klahr mines his 30-year archive of collage materials.

The New York Times‘ Manohla Dargis writes in a review that, “taken together, [Sixty Six] forms a strange and beautiful, quietly powerful and affecting exploration of the pop cultural world that we make and share and that, every so often, can also become our very own fortresses of solitude. There’s a great deal of heart in this work and not a trace of condescension; Mr. Klahr knows that in the end we are in this dream together.”

A Q&A with the filmmaker follows the screening.

MoMA’s Modern Mondays is a series that invites artists working in the expanded field of film, video, performance and sound to present their work in an intimate setting.