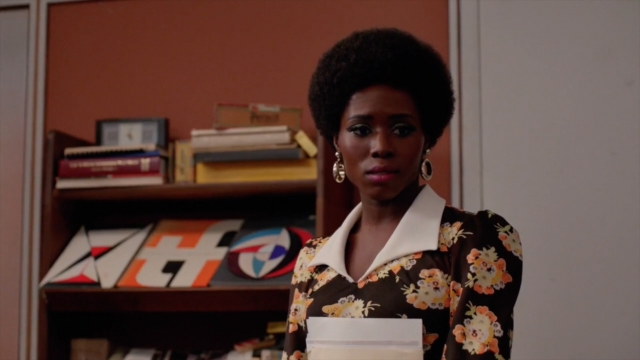 The nominations for the 22nd Annual Screen Actors Guild (SAG) Awards were announced yesterday and CalArts alumna Sola Bamis (Theater MFA 11) is among the nominees. Bamis, who plays the secretary Shirley in the recently concluded AMC show Mad Men, was nominated along with her fellow cast members for Outstanding Performance by an Ensemble in a Drama Series.

Mad Men is a period drama set in the 60s and 70s, following the personal and professional exploits of creative director Don Draper (played by Jon Hamm). Throughout its seven-season run, it received widespread critical acclaim and numerous awards, including 16 Emmys and four Golden Globes.

Winners of the 22nd Annual Screen Actors Guild Awards will be announced live on TNT and TBS on Jan. 30 at 8 pm.