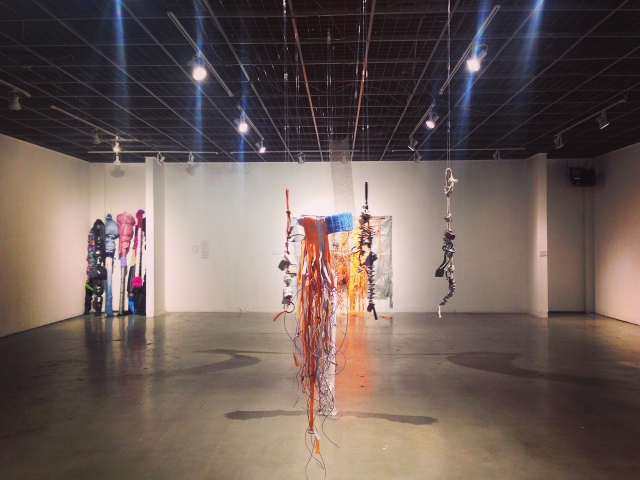 Anaeis Ohanian’s (Art BFA 16) solo exhibit 6007, which was on view in D301 Gallery from Nov. 30-Dec. 12, imagined a museum exhibit organized by the government of a fictional city called Apponoastos focusing on a tribe (that they hate) called the Wahashms. We interviewed the artist about the installation and her version of the future.

24700: Congratulations on your solo show. Could you talk a little bit about the title of your show? What does it mean?

Anaeis Ohanian: The title 6007 represents the year that all of the artifacts, which I’ve fabricated and displayed in this show, are dated to.

24700: Could you describe what it is you’re creating with this exhibition? 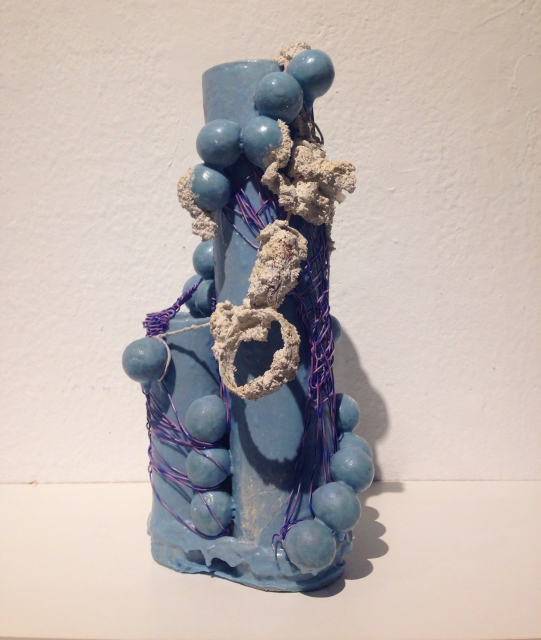 24700: Talk a little bit about what informed you in creating this series?

AO: I do a lot of channeling and switching through dimensions. This channeling stems from my belief that all of time and all of space and every dimension occur at the same exact time. At least that’s what I’m really thinking about right now, and so through channeling I’m able to access those different slots in time. So what I do is meditate and try to channel and, eventually, it will just naturally come to me and I will find myself in the future with the Wahashms tribe. There I get access to new ideas and what object or artifacts to create.

24700: So in bringing together this exhibition, you kind of take on the role of curator, and blur the lines between artist and curator. What kind of process takes place in that role?

AO: Doing that was bizarre because I really had to take myself out of myself. I had to be constantly putting myself into different positions. For example, now I’m an artist, then I’m the curator, then a city member, and then a tribe member. And to top it all off, I had to be able to bring it all into reality.

To make this exhibition convey the reality of a city called Apponoastos, which is hunting a tribe, I really had to think about the function of a museum in the year 8087. And so in the future, museums would be used as a form of manipulation and mass media targeting. That was something I had to take into consideration when writing the ‘museum’ wall labels. It was a very difficult task because I love the Wahashms tribe so much, and although I love Apponoastos as well, it was hard to talk negatively about the Wahashms. Keeping that in mind, I like to think that manipulation begins with admiration and that is something I wanted to leave hints of in the displays of their artifacts. In curating this show, I had to become a government of the future. 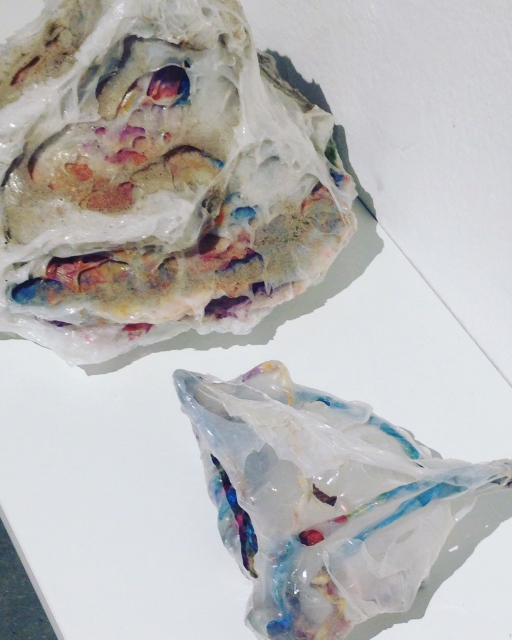 24700: What kind of artifacts did you create and would you share some of your personal favorites?

AO: Some of the artifacts have beliefs attached to them from the tribe and almost all of them have a specific function as well as an aesthetic one. My favorite piece is a blue sculptural piece (Untitled), because it’s the only unknown object that the city of Apponoastos hasn’t been able to decipher. I love the rocks (Untitled) as well because they portray a reality, which could potentially happen in our very near future. The process of combining dystopic human habits and nonorganic materials, such as plastic with earth is beautiful.

24700: Could you talk about the materials you used and why you chose them?

AO: A lot of the materials are found objects, sourced from thrift stores or treasure hunting. More specifically, I use sand from the Mojave Desert for the rocks (Untitled). Many of the artifacts I fabricate are inspired by Death Valley and I even went there to experience it myself, which I then conveyed through natural colors found in Death Valley.

24700: What do you hope your audience will take away through the experience of your exhibition, 6007?

AO: My goal is to bring the imaginary state into reality and thus, it becomes a happening. This is all a happening. The minute you walk through those doors, this is real and it has occurred. And through that experience I hope to break the ideas of truth and what truth is and what truth could be. I don’t really believe that there is a truth, but I also believe everything is true at the same time. I think everything happens and nothing happens at the same time. 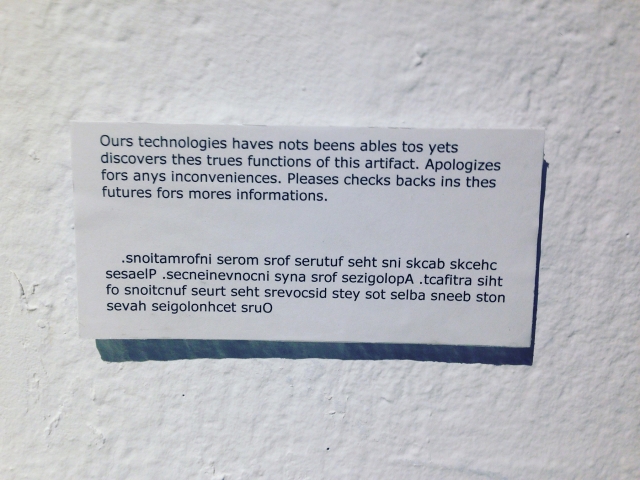