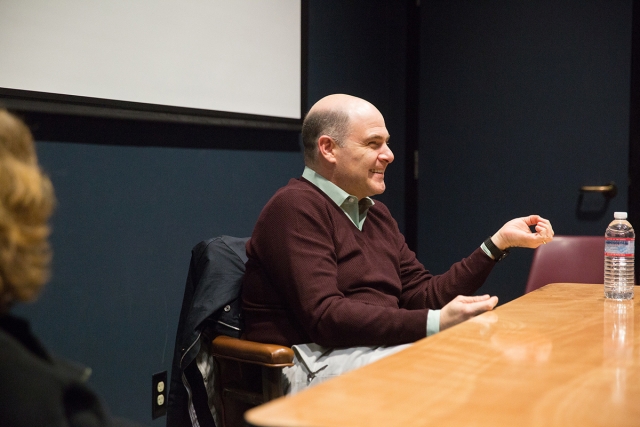 On Dec. 10, Matthew Weiner, writer, director and creator of the critically acclaimed TV show Mad Men, was a guest artist of the School of Film/Video. He provided words of advice to the students who came to his lecture, telling them, “Everything I’m saying is for the dark days, not for the days when it’s working. There’s going to be a lot of dark days; it’s part of the job description.”

Below are some highlights from his talk: 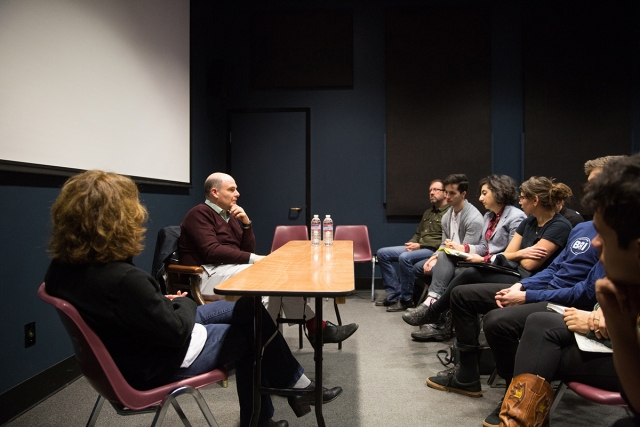 Weiner also provided the writers and directors in the class with tips on how to improve their craft.

On the more practical side, he iterated the importance of keeping a notebook to jot down ideas. “I really wish that I had taken my ideas more seriously earlier,” he says. “I wish I had written everything down. Of course, a lot of it won’t be any good, but it’s better to have a lot of garbage than have nothing.”

Weiner encouraged the students in the audience to persevere despite the many challenges, saying, “Don’t give yourself a time limit to do what you want to do, and don’t be too good at your day job.” 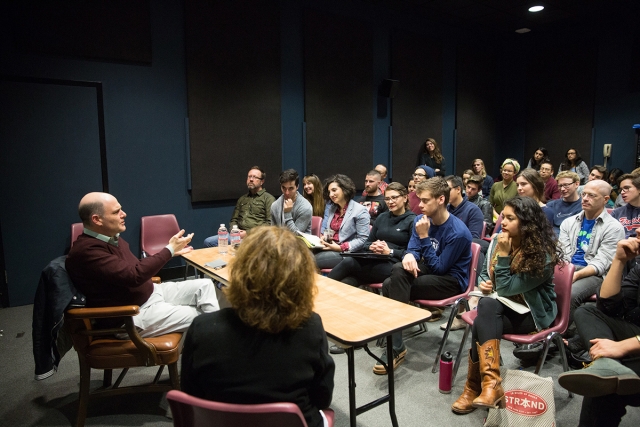