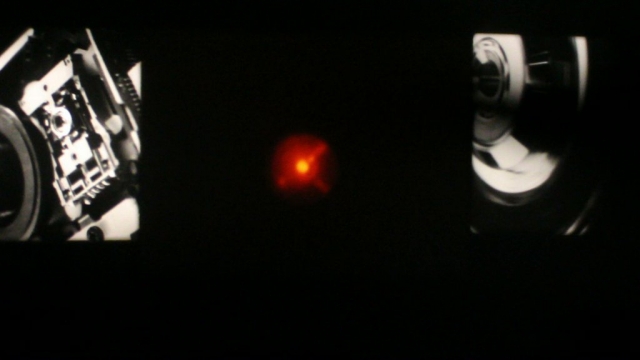 For Lee’s and Lerew’s performances, each has composed music that responds to the other’s text about sympathetic resonance, a phenomenon where a formerly passive object is activated due to similar tuned vibrations traveling through space.

In Cornford’s Digital Audio Film, a portable CD player is turned into a cinematic writing machine when blank film stock is exposed to its laser pick-up, “bringing the two optical media, one of sight and one of sound, into mutually anachronistic dialogue.”

The Experimental Music Yearbook is a database of experimentation in sound and music. It is a repository for composers, performers and the public to “glean methods and styles of various artists working in the experimental music tradition.” An annual music festival is held in conjunction with the completion of the yearbook.