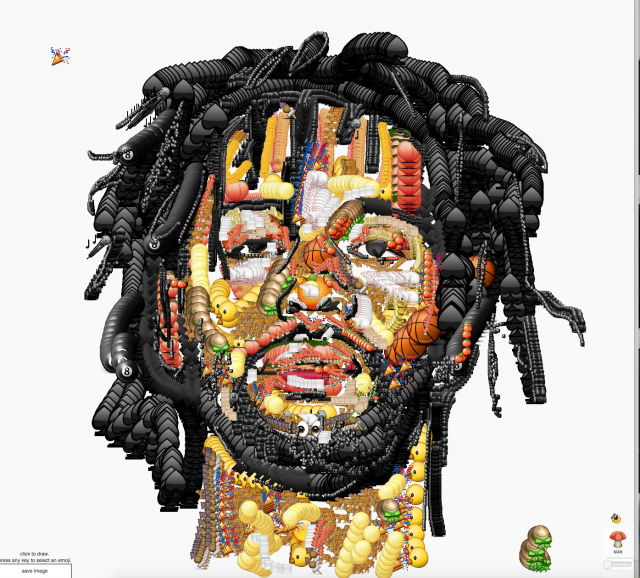 For the entire month of January, the Ace Hotel in Downtown Los Angeles features artwork by Yung Jake, aka Jake Patterson (Art BFA 12), a Los Angeles-based internet artist and “the art world’s favorite rapper,” according to Huffington Post.

The project is part of Dear DTLA, a collaboration between content-sharing company WeTransfer and the hotel. For the past several months, a different artist treats the billboard next to the hotel’s historic Spanish Gothic building as their own personal canvas. “It’s an opportunity to broadcast something out of the ordinary, connective, weird, heady or idealistic,” says Ace Hotel partner Kelly Sawdon in a Los Angeles Times article.

Jake is known for portraits of celebrities using emojis and interactive music videos. His work constantly illuminates and challenges the way we communicate through technology.

For the billboard, Yung Jake has composed an original image of distorted water bottles, inspired by motifs from his Twisted Metal series. In this series, he experiments with contemporary pastiche, emulating the physical warping of a real object through digital means. He constructs a message about overt deception by combining these bottles with a digital vector – a single emoji icon on a bright green screen.

In addition to the billboard art, Jake offers digital artwork and music downloadable through WeTransfer at deardtla.com.