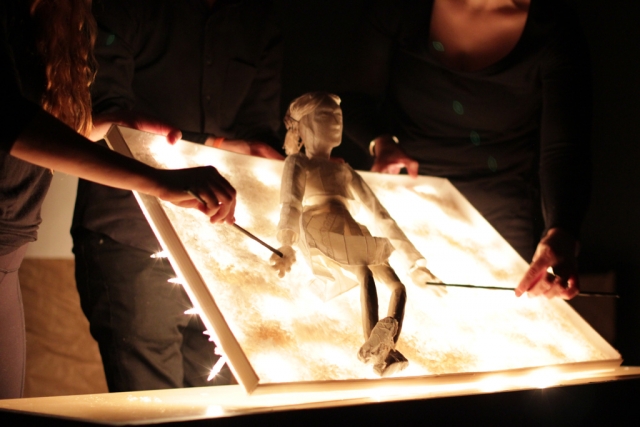 From a workshop presentation of ‘The Fasting Girls’ at Automata in April 2015. | Photo: Amanda Jane Shank

Originally workshopped at CalArts in November 2014 under the auspices of CalArts Center for New Performance Artist in Residency Program, The Fasting Girls is a puppet adaptation of a play written by co-collaborator Amanda Jane Shank (Theater MFA 13). It explores the 19th century phenomenon of young women and girls who went without food for extended periods of time, claiming to be surviving only on their spiritual faith. It is inspired by the story of Sarah Jacob, a 12-year-old girl who claimed to have not eaten anything since the age of 10 and whose death from starvation led to the conviction and imprisonment of her parents.

The production has also received support from the Automata Residency Program and the City of Santa Monica. The Jim Henson Foundation was founded in 1982 by Muppets creator Jim Henson to promote and develop the art of puppetry in the United States.