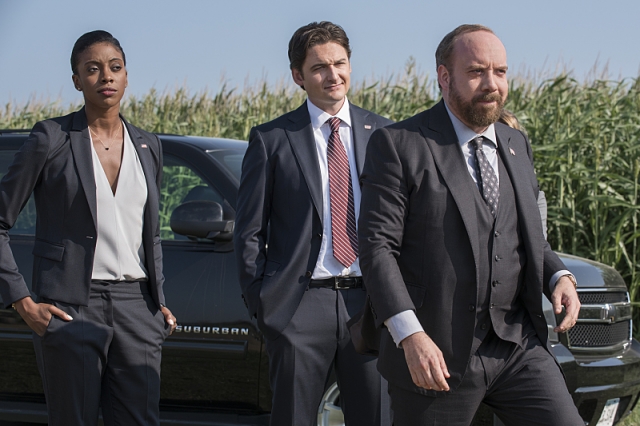 Showtime’s new financial and political drama, Billions, was renewed this week for a second season, after airing only two episodes. The freshman show had the best series debut performance ever for a Showtime original with 6.5 million viewers.

In an initial review of the show, The New York Times writes:

Where Mr. Lewis’s Axelrod is all top-dog calm confidence, Giamatti’s Rhoades is pure underdog neurotic rage, alternately barking furiously and rolling over when his dad or his wife asserts dominance. As engrossing as such psychosocial dynamics might be, once you throw in sexual proclivities that feel a little too obvious for even network TV, you’ve got a drama with all the subtlety of a Wall Street-themed ride.

Even so, who can look away? “Billions” is exactly the sort of show that, if you don’t reject its over-the-top tactics in the first three episodes, will hook you by the sixth.”

Both Rashad and Ahn are keeping busy this spring. In addition to Billions, Rashad appears in the upcoming feature Money Monster with George Clooney and Julia Roberts, and Ahn stars in The Path, an original Hulu drama that launches in March, with Aaron Paul and Michelle Monaghan.

Billions airs on Sunday nights at 10 pm ET/PT on Showtime.