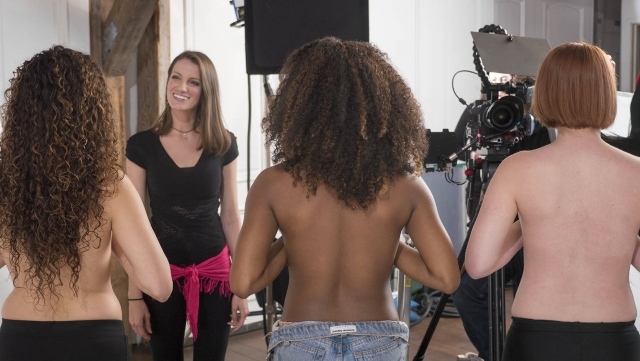 Domestic violence issues have plagued the National Football League (NFL) for years, and several CalArtians recently turned their art into advocacy—demanding strong reforms in the NFL’s Code of Conduct through a new public service announcement (PSA).

With the eye-catching title, “Topless Women Talk NFL,” the PSA immediately reveals three topless women discussing the League’s Breast Cancer Awareness month activities—before panning up to reveal their bruised and battered faces. One woman says, “Wearing pink for breast cancer awareness was awesome. Now start caring about the rest of us.” The PSA ends with a simple and clear demand for official policy reform: #OneHitMeansOut.

The messy truth, however, is that the league is still struggling to find a consistent way of adjudicating domestic violence cases. The criteria for prosecuting such cases vary widely across the country, and they get thornier when victims do not cooperate with investigations for fear of retribution. Sports leagues are left unsure whether and how to penalize a player who has been accused but not convicted of domestic violence.

Released on Jan. 27, the spot was created by Made by Women Media, an LA-based advocacy group that produces content to change women’s lives for the better. Co-founded by Metzger, writer-producer Tessa Bell, producer Shay Moore, writer-producer Cecilia Najar and actor-writer-producer Meredith Riley Stewart, the domestic violence spot is the group’s first PSA.

While there are complexities with making immediate policy changes, the release of “Topless Women Talk NFL” so close to the Super Bowl on Feb. 7 is sure to at least start the conversation on such an important issue.

Watch the PSA in its entirely: