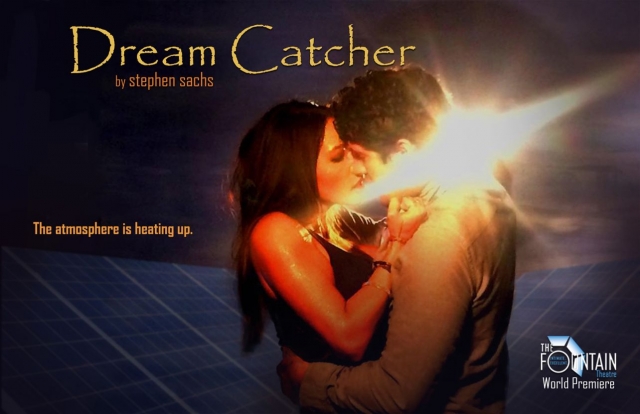 Above: Trailer for ‘Dream Catcher.’

CalArts alumnus Brian Tichnell (Theater MFA 11) plays Roy, the youngest in a team of engineers tasked to construct a solar energy plant in the Mojave desert. The discovery of Native American artifacts at the site threatens to stop the billion-dollar operation, and Roy must save his project, even if it means coming up against Opal, played by Elizabeth Frances Yoakem (Theater BFA 08), a whistleblower and the woman with whom he’s having an affair.

In an interview with Stage Review, playwright Sachs talks about the inspiration behind Dream Catcher. “I’ve always been interested in the battle between science and spirituality, and where they intersect,” he says. “How they are similar, each relying on a kind of faith to explain what we sometimes cannot see. And the paradox of moral certainty. Even when we’re campaigning for something good, sometimes we’re forced to discover that we are not who we think we are.”

The play has been receiving rave reviews, with the actors’ performances earning special mention. Stage Scene LA says, “Tichnell and Frances deliver powerhouse performances that never quit, their palpable chemistry only adding to the excitement and authenticity of their work.”