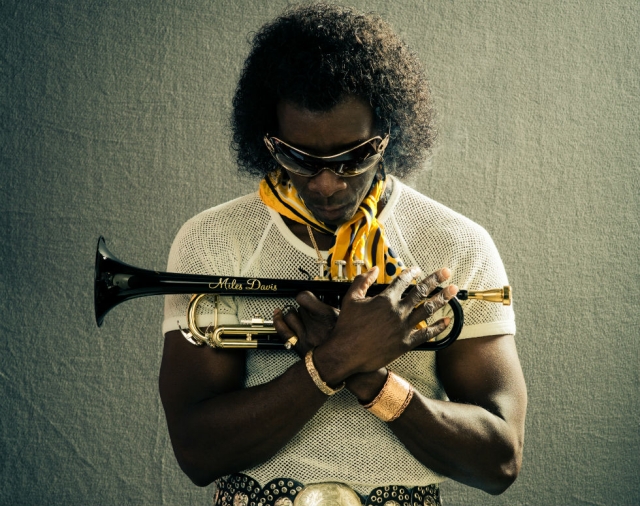 The Academy Award-nominated actor and CalArts alum Don Cheadle (Theater BFA 86) has co-written (with Steven Baigelman) and directed his debut feature, Miles Ahead, a film in which he also stars. Miles Ahead is about jazz legend Miles Davis (Cheadle) and screens as the closing narrative feature at this weekend’s Pan African Film Festival in Los Angeles. The film opens in wider release on April 1.

Cheadle and Baigelman were deliberate in pushing the boundaries of a biographical film. So instead of doing a childhood-to-death story, they chose to focus on the five years of Davis’ life in the 1970’s when he refused to leave his house and produced no music. During this period, Davis was suffering from a deteriorating hip condition and dealing with the repercussions of his failed marriage to the dancer Frances Taylor.

Best known for his Oscar-nominated role in Hotel Rwanda and his Emmy-nominated performance in Showtime’s House of Lies, Cheadle fought for many years to have this film made. Though Davis was an important figure in jazz, studios were hesitant to create such a niche movie. America’s recession also played into studios’ reservations in making the film, forcing Cheadle and his team to turn to IndieGoGo to find the funding.

“It actually felt right that we used a social platform to complete the film since Miles was someone who made ‘social music,’” Cheadle said in the film’s press release.

Above: Trailer for ‘Miles Ahead.’