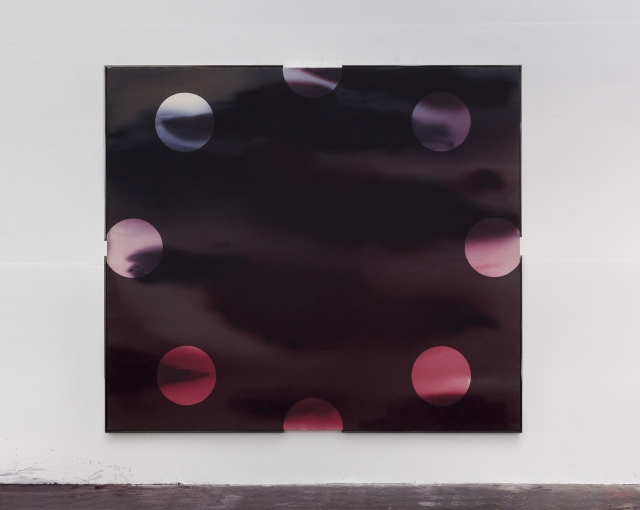 The exhibition title, Driving Sunset, is a direct reference to Joan Didion’s novel Play it as it Lays, in which its protagonist, Maria, compulsively drives the freeways of Southern California in search of meditative psychological respite. Didion’s visually evocative prose is laconic and succinct, a stylistic shortness she uses to navigate intense themes of psychological trauma and displacement. De Luca strives to capture the terse stylistic understatement of Didion’s language, and the unexpected intensity of its detachment, through her stylized sublime.

De Luca’s exhibition, Vice City, on view at Miami Art Fair Week 2015, consisted of furniture-inspired pieces that were influenced by another Didion novel, Miami, as well as Michael Mann’s Miami Vice. “De Luca depicts the multifaceted city in all its tropical glory,” said Cultured Magazine of the exhibition.

Before coming to CalArts for her master’s degree, De Luca attended Columbia University where she earned her B.A. in visual arts. Since graduating from CalArts in 2004, De Luca has had solo shows at the Museum of Contemporary Art (2010) and Quint Contemporary Art (2013) and was also the first artist-in-residence at the Irvine Fine Arts Center in 2013.

“My work in painting is a reflection on contemporary culture expressed through a diverse and project-driven approach to the medium…. A mirroring between process and representation is a central aspect to my work, whereby what is being represented and the means by which it is being represented share conceptual significance,” says De Luca in her artist statement.