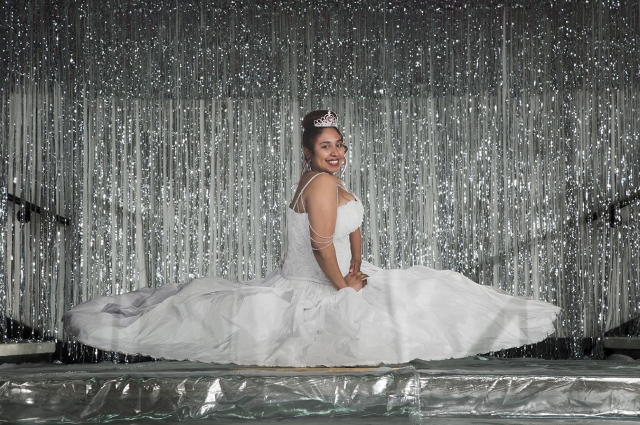 By Molly Surazhsky, a BFA student in CalArts’ Program in Art.

24700: Who were the photographed characters in Jazmin’s Quince Años (Jazmin’s Sweet 15)?

Jazmin Urrea: The wooden cutouts are all essentially an extension of me. The women represent me at different stages while growing up, whereas the young men portrayed different personas of male family figures.

24700: Talk about your choice in presenting a quinceañera and the significance this holds?

JU: Well once the semester had started, I knew I had the Main Gallery and wanted to do something very different. I have been working with cutouts related to stereotypes in Latino culture for approximately two years. When I do my studies with these cutouts, I always place them in different areas in Los Angeles, by making a stage for them in the “real” world. However, I wanted the actual cutouts to function as the artwork themselves. So I asked myself, “What is an event that is celebratory, yet critical in which these stereotypes/figures function in?” That’s how the quinceañera came about.

24700: A quinceañera is this coming-of-age event that takes place in Latino households, yet at the same time holds relevance across cultural boundaries. Could you talk about the ritual of a child becoming adult and how culture plays a role in this?

JU: I definitely wanted the exhibition to portray fun and for it to be a critical celebration, if you will, of Latino culture. Being Latina, more specifically Hondureña and Mexicana, I personally have always been conflicted about quinceañera, and other celebrations such as this, playing a role in becoming a woman. However, in Latino culture, this particular event is used to transition a girl into a woman by announcing that she is of age and can now commence to learn about marriage and womanhood. 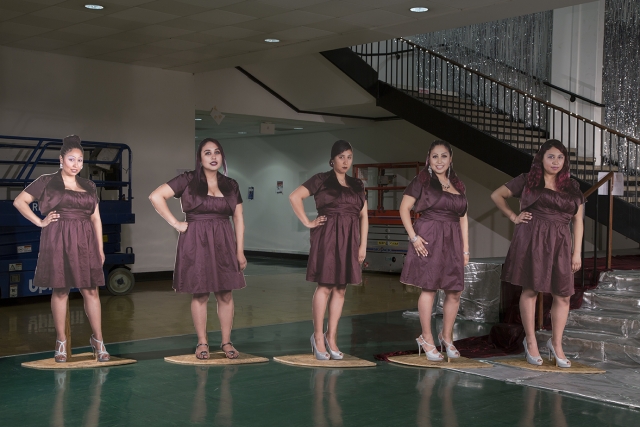 24700: Did you have a quinceañera? If yes, could you talk about the experience in relation to your exhibition?

JU: Believe it or not, I actually did not have a quinceañera, because my parents said it was a waste of money. But I did participate in plenty of them. Some were more over-the-top than others.

24700: As part of your exhibition, you held a reception with food and drink. Could you talk about the event? What food was on the menu? What music did you play?

JU: In order to activate the performative aspect of the piece, I wanted the reception to create the same vibes a real quinceañera would. In this case, the show flyers/postcards functioned as invitations, stating where people should go and what time they should arrive. A music playlist was created and was played throughout the night. The music included mariachi songs, Chayanne’s “tiempo de vals,” 50 Cent’s “In da Club” and pretty much music of the early 2000’s that would be most likely heard if I did have my quinceañera.

The food on the menu was chicken, pork and cheese tamales. For drinks I had horchata, which is a classic Latino beverage, a variety of sodas, beer and wine. I also had chips and cookies for snacks. Lastly, I served a nontraditional ice cream cake for the closing of the reception. 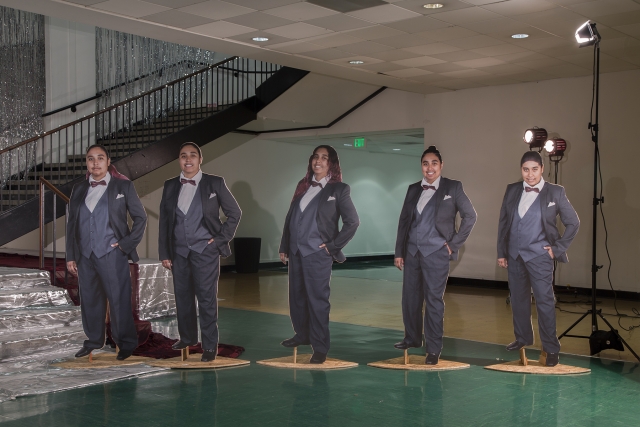 24700: A quinceañera is unique in that it‘s meant to signify a girl’s transformation into womanhood. Could you talk about this and its‘ relevance today?

JU: A quinceañera definitely is a pivotal moment to announce that they are coming of age and ready for womanhood. However, nowadays, many see these occasions as just a big party or get together. This event does not hold much weight as it did before. I staged the quinceañera as a way to open the discussion of cultural pressures that Latina women face. Latina women, as well as women in general, are expected to conform to specific mannerisms, societal norms and gender roles. Within this piece, I utilized gender/role reversal, different economic status and other methods to break down these expectations and barriers that, in a sense, keep women oppressed.

24700: How was the public response during your reception?

JU: Unfortunately, I was pacing back and forth and serving food during most of my reception so I didn’t quite get a sense of the response in real time. However, the documentation and the parts that I did participate in were truly well received. People were conversing, enjoying their food and enjoying each other’s company. Usually during openings, no one stays long enough to appreciate the art, but I am glad that with my reception that was different. It was truly what I wanted and I am glad people enjoyed themselves.

24700: Where do you see this work manifesting next? Do you see this in a public space, as other projects you’ve mentioned before?

JU: Originally, I envisioned this work in an outside setting, kind of like a park or a backyard. But the way in which it functioned in the main gallery really propelled me to consider recreating this environment in a similar setting. But, more elaborate, more glam and more cutouts, of course! 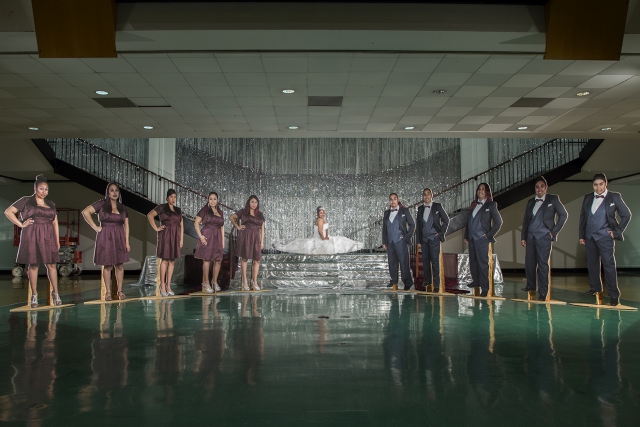