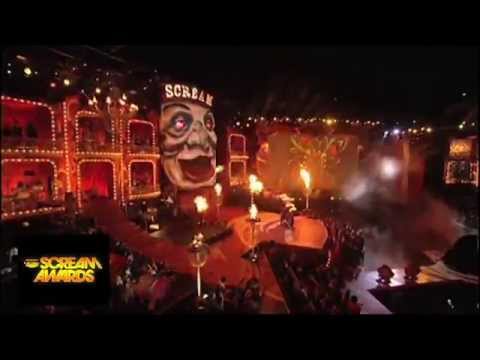 The Coachella Valley Music and Arts Festival—known simply as Coachella—takes place this weekend and next (April 15-17 and April 22-24) at the Empire Polo Club in Indio, Calif. Tens of thousands of people are expected to trek into the desert to watch more than 160 artists on a number of stages, including headliners LCD Soundsystem, Guns N’Roses and Ice Cube.

If you’re attending the festival, be sure to catch the avant-garde circus troupe the Lucent Dossier Experience. The L.A.-based performance art and music group headlines the electronic dance music (EDM)-focused Sahara Tent each Friday. One of the troupe’s music producers and performers is composer and CalArts alumnus Christopher Martin Adams aka “Ahee” (Music 10), who co-produced the music for the show. He joined the troupe in 2015 for the show Unleash Your Legend, for which he composed much of the music.