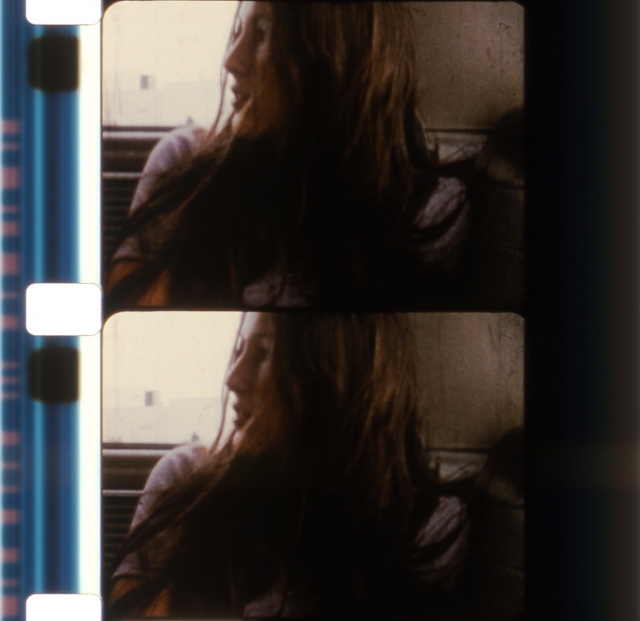 Working primarily in Super and regular 8mm film, Saul Levine is one of the first filmmakers within the American avant-garde to utilize small gauge film in order to give importance to the personal, creating new experiences out of the familiar.

Levine is showing films from his Light Lick series at REDCAT on Monday (April 18), a rapturous set of color flicker films that reference light and the materiality of photochemical filmmaking. He will also be in person to present works in Structuring Strategies class and screening series on Tuesday at 7:30 pm in the Bijou. Other screenings are scheduled this week in Los Angeles, including the Echo Park Film Center, with the programming reflecting Levine’s many styles and exploring how his vast body of work has shaped the foundations of the personal in experimental filmmaking. 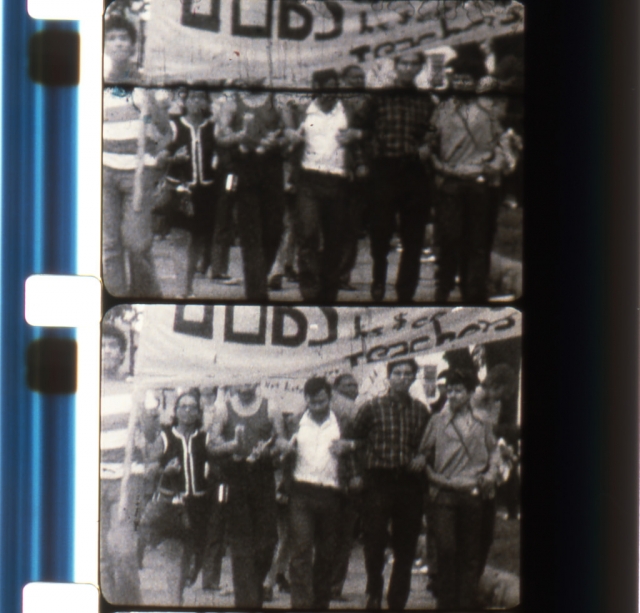 A contemporary of Stan Brakhage, Carolee Schneeman, Marie Menken and others, Levine began making films in 1965. Working in a diaristic manner, Levine’s films went beyond the family events and holidays that so often permeated 8mm films. Instead, he captured snippets of what may appear to be the mundane.

His ongoing series of Notes films are improvisational reflections of the everyday that present personal spaces and relationships, and are an essential part of his prolific body of work—more than 100 films in five decades.

“Whole Note,” from the Notes series, is a touching portrait of the filmmaker’s father in the last days of his life. This film delicately shows his father in and out of his routines, whether that be reading the newspaper sleeping, or playing cards with Levine’s mother and aunt. As stated by Levine, the film is a “very personal portrait and silent visual meditation on the ordinary.” 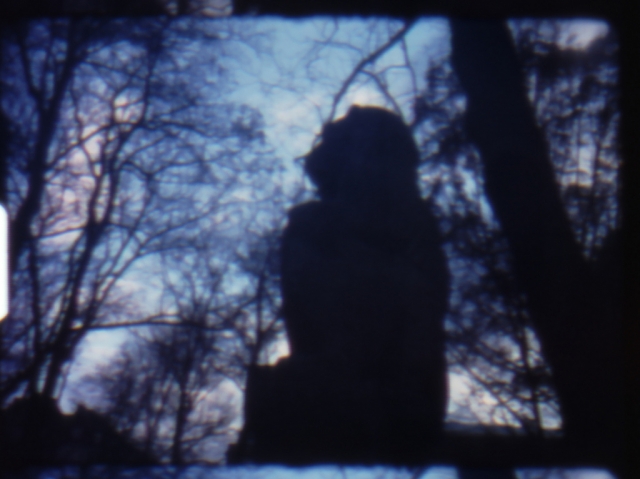 Levine’s style includes complex montage and utilizes the tape splice, which in 8mm filmmaking is visibly evident, and incorporates it as an integral part of the image. An example of this is found in The Big Stick, one of his best known films. It splices together rapidly intercut footage of Charlie Chaplin as a policeman with newsreel footage of police control demonstrators at the 1968 Chicago Democratic Convention, resulting in a commentary on the violence used in police tactics.

Levine often uses personal experience and documentation to take stances on political events. Levine was a former editor of the Students for a Democratic Society’s national newspaper, New Left Notes, which followed and provided a platform for radical politics. His film, New Left Note is a fervently edited film against the Vietnam war, racism and the condition of women’s rights. This film fuses the different movements of 1970s American politics, and as Marjorie Keller wrote, “is a study of radical politics in radical film form.”