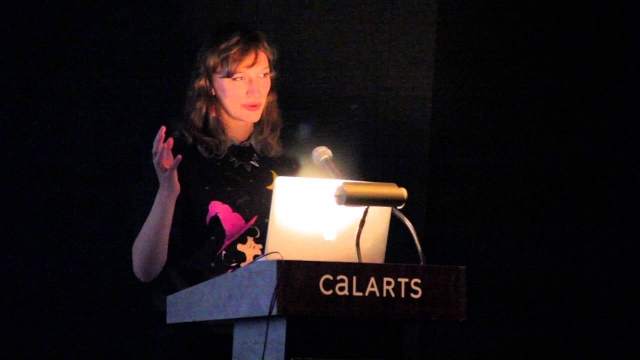 During her segment, Amanda Bonaiuto (Film/Video MFA 18) examines personal role models in cartoon characters, using a Bob’s Burgers “This is me now” GIF as a jumping-off point.