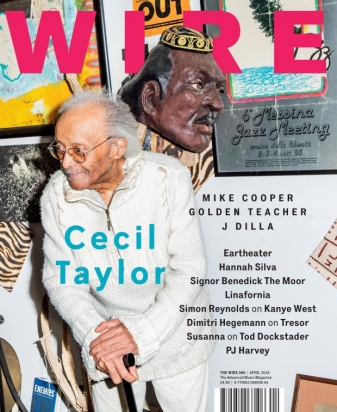 Composer, violist and CalArts Music faculty Eyvind Kang’s album, Virginal Co Ordinates made the top of the “Unrock 15” chart in April’s issue of the highly respected independent music magazine, The Wire. The chart is part of a group of four charts compiled by Michael Stahl of the “underground record store” Unrock.

Virginal Co Ordinates was recorded live in Bologna, Italy, in 2000 and originally released in 2003. It was reissued by Ipecac Recordings the following year. In a review, a member of the Sputnik Music community forum described the music as “breathtaking.”

“Kang has managed to combine the beauty of cinematic music with the formality of classical music… You would be surprised to find out that even though [he] is a violinist, the music isn’t concentrated on himself most of the time. An elegant backing orchestra supports him, and is the focal point of most of the music here.”

Above: A snippet of a performance by Kang and Jessika Kenney, his wife and often collaborator.

A globe-trotter and insatiable musician, Kang has studied instruments that range from the violin to the kecapi. “I always felt like I was trying to understand the place where we lived, I felt like an immigrant,” Kang said to The Seattle Times in 2013.

Above: Kang in conversation with The Seattle Times.

You can listen to Virginal Co Ordinates here.