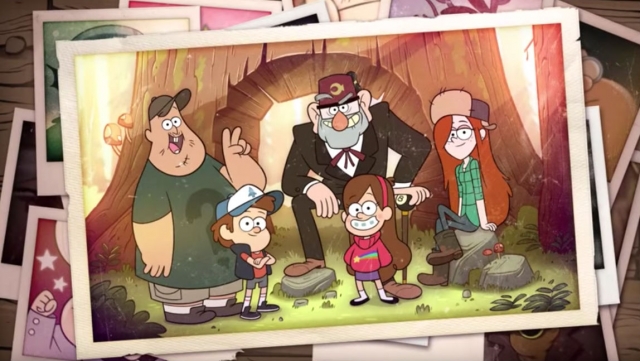 by Elizabeth Liang, an MFA-1 student in CalArts’ Film and Video Program

While studying animation at CalArts, Hirsch conceptualized and created an 11-minute pilot for Gravity Falls. The show was picked up and produced by Disney, and premiered its first season on June 15, 2012, and continued through its second season, which ended on Feb. 15 of this year. With millions of weekly viewers and fans, Gravity Falls received wide critical acclaim. Last year, Eric Kain wrote the story, “‘Gravity Falls’ Is The Best Show On Television” for Forbes magazine.

View the list of all the 2015 Peabody Awards finalists. The awards gala will be televised in a 90-minute special, “The 75th Anniversary Peabody Awards,” airing on Pivot, Monday, June 6 (at 8 pm ET/PT).