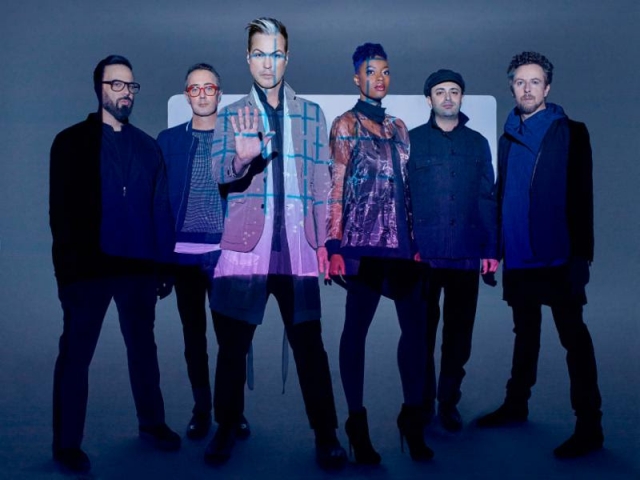 Fitz and the Tantrums‘ latest single “Handclap” made its television debut on The Ellen DeGeneres Show earlier this month. The band—formed in 2008 by CalArts alumni Michael Fitzpatrick (Film/Video 95) and saxophonist James King (Music BFA 99)—releases its new self-titled album on June 5 on Elektra Records.

Their debut album Pickin’ Up the Pieces reached #1 on the Billboard Heat Seekers chart in 2010; and the follow-up album, More than Just a Dream, featured the gold-certified singles, “The Walker” and “Out of my League,” which both topped Billboard’s Alternative Songs chart, a feat accomplished by only three other artists in the chart’s 25-year history.

Fitz and the Tantrums, the latest release, is available for pre-order or to stream on Spotify. The new tour, Get Right Back, kicks off June 14 at The National in Richmond, Virginia. Before embarking on the tour, the band plays the KROQ Weenie Roast on May 14 at Irvine Meadows Amphitheatre in Irvine, Calif.

Fitz and the Tantrums performed on The Ellen Degeneres Show on April 13.