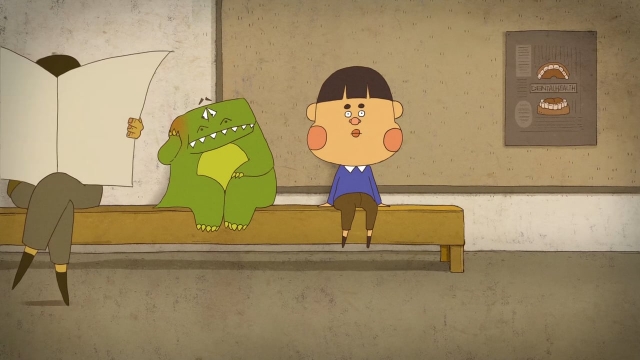 Above: You look scary from Xiya Lan has been viewed on Vimeo more than 109,000 times in just over a week.

The final films have been chosen to screen at CalArts’ 2016 Producers Show—the annual juried showcase of student films in the Character Animation Program—that takes place on Wednesday night (May 4) in Los Angeles. Like other School of Film/Video showcases, the event draws industry professionals, artists and animation fans to view works from up-and-coming CalArts filmmakers.

Although the winners of the Character Animation prizes (the Peers’ Pick Award and the Walter and Gracie Lantz Animation Prize) will not be announced until the screening, 24700 has managed to secure a sneak preview of the titles and filmmakers.

Most of the films (or their trailers) can be found on CalArts Character Animation’s Vimeo page.

Here are 20 of the 2016 Character Animation Producers Show films in alphabetical order, by filmmaker.

May 4, 7:30 pm
Los Angeles
For more information or to request tickets (if available), please email: characteranimation@calarts.edu.