Legendary musician, producer and philanthropist Herb Alpert said that the 2016 HAAIA winners “work at the edge of their field and risk is an essential factor in this prize. I admire the unapologetic dedication of these five artists who always look for the road less traveled.”

Irene Borger, director of the Herb Alpert Award in the Arts, explains further why the recipients were chosen.

Ishmael Houston-Jones, for the fierce, raw originality and progression of his visceral, kinesthetic work, the ways he grapples with tenderness and loss and for the not-easy practice of living without a safety net and staying the course

Cauleen Smith, for her unique, visionary voice, poetic imprint on the medium, mastery of craft, ethics, and sustained practice of risk-taking.

Dohee Lee, for her commitment to creativity and experimentation, her ability to give new life to ancient forms, create new environments—and new audiences—and her powerful, transformative vision.

Anne Washburn, for her fearlessness, brilliance, wild imagination, originality, theatrical ambition, and for surprising audiences throughout her career, with each new play.

Simone Leigh, for her rich field of inquiry, willingness to move forward into the unknown, spirit of adventure and collaboration; in short, for her urgent, necessary work.

Each of the selected artists receives a $75,000 prize. CalArts, which has administered the award since its inception, will host each of the artists during the 2016-17 school year.

To celebrate the 22 years of the Herb Alpert Award in the Arts, the Herb Alpert Foundation commissioned a short film honoring the artistic contributions of past recipients. Click on the image below to view the video. 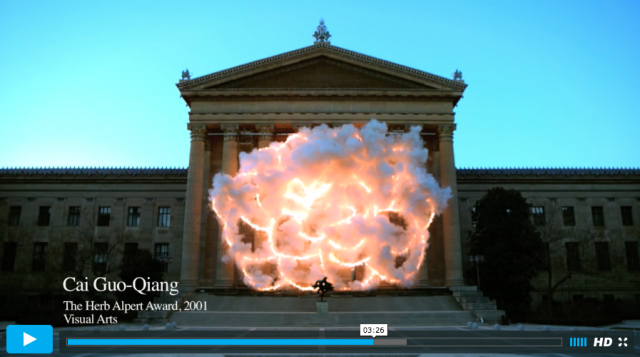