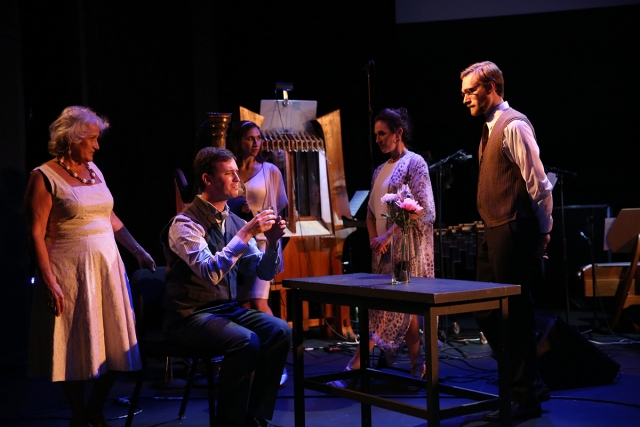 Tonight (May 11), Anne LeBaron, a composer, harpist and faculty member of The Herb Alpert School of Music at CalArts, performs at the Santa Monica Public Library as part of its Soundwaves series. The hour-long concert will include LeBaron’s latest work, A-Zythum, commissioned by the Library Foundation of Los Angeles.

Premiered in March at the Hammer Museum, A-Zythum (zythum being an ancient wheat-based Egyptian beer) celebrates the Oxford English Dictionary. The piece is performed by WasteLAnd, a music collective which The Artificialist describes as “the gnarly, experimental strain of SoCal art music.”

Aside from her composition classes at CalArts, LeBaron has developed other courses that reflect her research interests such as HyperOpera, surrealism and Concert Theater.

Above: Anne LeBaron is interviewed by Innova.