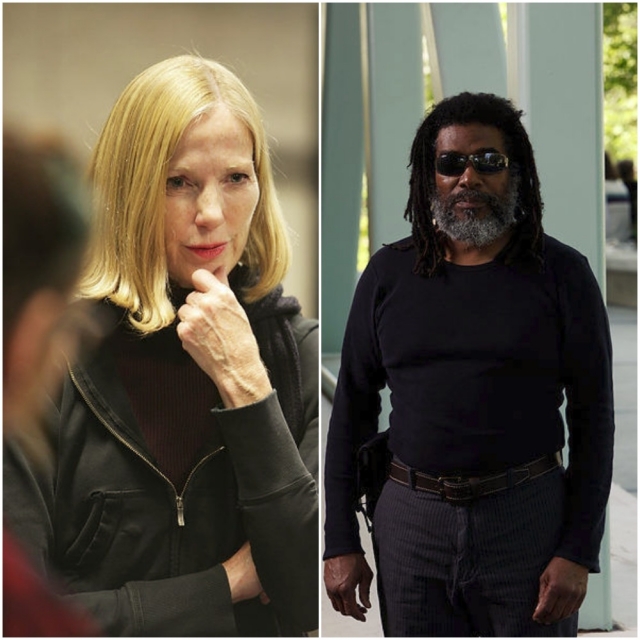 The recipients of the 2016 Doris Duke Artist Awards were announced earlier this month, and among the awardees are internationally acclaimed visual/theater artist, experimental filmmaker and CalArts School of Theater faculty Janie Geiser, and trumpeter, composer and former Herb Alpert School of Music at CalArts faculty Wadada Leo Smith. Both honorees, along with the rest of the 2016 class, will receive an unrestricted grant of $225,000.

Geiser, who teaches puppetry, object performance and interdisciplinary performance, was one of six recipients for a Doris Duke Artist Award in theater. Geiser’s performances, which merge film and puppet theater, and also formally respond to Bunraku (Japanese puppet theater), have have been presented at REDCAT, RadarLA, St. Ann’s Warhouse, the Walker Art Center and the Public Theater, among others. Geiser’s films have screened at many theaters and festivals including the Whitney Museum of American Art, the Guggenheim Museum, the Museum of Modern Art, the Hong Kong International Film Festival and the New York Film Festival. Some of her recent films include The Hummingbird Wars, The Red Book and Cathode Garden. Her recent puppetry performances Clouded Sulphur (death is a knot undone) and Fugitive Time borrow from the structure of Japanese puppet theater, bunraku.

Geiser’s honors include a Guggenheim Fellowship, two Bessie Awards, an OBIE Award, as well as funding from Creative Capital and MAP Fund. She is also the co-founder and co-artistic director of AUTOMATA, a Los Angeles nonprofit dedicated to the creation, presentation and preservation of puppet and object performance, experimental film and other lost and neglected forms.

In an interview for the Doris Duke Performing Artists Awards website, Geiser reflects on her art practice:

The core of my practice lies at the intersection of formal artifice and real life…. I work both conceptually and intuitively, often compelled by an image, an idea, a sound, a newspaper article, history, or a cultural artifact…. Meaning is constructed through association; truth is elusive and the questions are often between the layers.

Above:  preview of Geiser’s work-in-progress, Here/There.

Smith, who was awarded an honorary degree from CalArts at the recent 2016 graduation ceremony, has been an active force in contemporary music for more than 40 years. Coda magazine described Smith as “one of the most vital musicians on the planet today,” and the Los Angeles Times called his music, “haunting, meditative and transportive.” Smith retired from CalArts in 2013, which was the same year he was named a Pulitzer Prize finalist in music for his album Ten Freedom Summers.

On the Doris Duke Performing Arts Awards website, Smith was asked: “What do you do, and why do you do it?” His response:

My purpose is to introduce listeners to a unique experience that is self-reflective and without conflict… My approach is to seek a balance in which improvisation and composition become a unified, creative moment that forms a complete musical communication.

The Doris Duke Artist Awards invest in exemplary individual artists in contemporary dance, jazz, theatre and related interdisciplinary work; the accompanying grant symbolizes a “deeper investment in the potential of dedicated artists, empowering them through the freedom of unrestricted support while celebrating past achievement.” Also among the 21 recipients of the 2016 award are actor and playwright Taylor Mac, choreographer Kyle Abraham, pianist and composer Wayne Horvitz and jazz pianist Jason Moran.