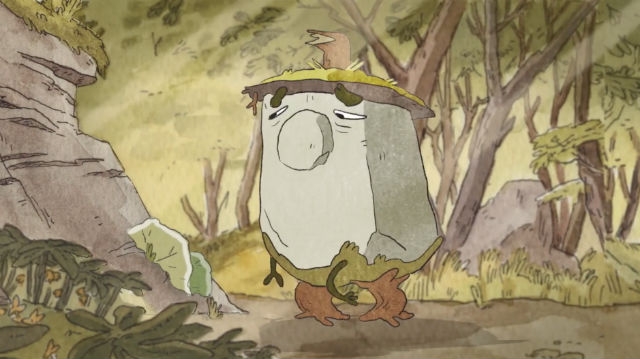 The accolades keep rolling in for Seth Boyden (Film/Video BFA 15) and his CalArts thesis film, An Object at Rest.

Named one of Variety’s 10 Animators to Watch in May, Boyden won the Woody Award at the 2015 CalArts Character Animation Producers’ Show and was among seven student films nominated for Best Animation at the 2015 Student Academy Awards (taking home the silver medal). Last week, Boyden’s film was named a finalist in the British Academy of Film and Television Arts Los Angeles (BAFTA Los Angeles) BAFTA US Student Film Awards, which will be presented at a gala ceremony on June 16 at the Wallis Annenberg Center for the Performing Arts in Beverly Hills, Calif. BAFTA Los Angeles members will cast their vote onsite for the winner of the 2016 award.

The event, now in its 13th year, celebrates the best student short films produced in the US. An Object at Rest, which follows the life of a stone as it travels through the millennia, was selected from a pool of 245 films submitted by 56 schools.

The other BAFTA US finalists are: