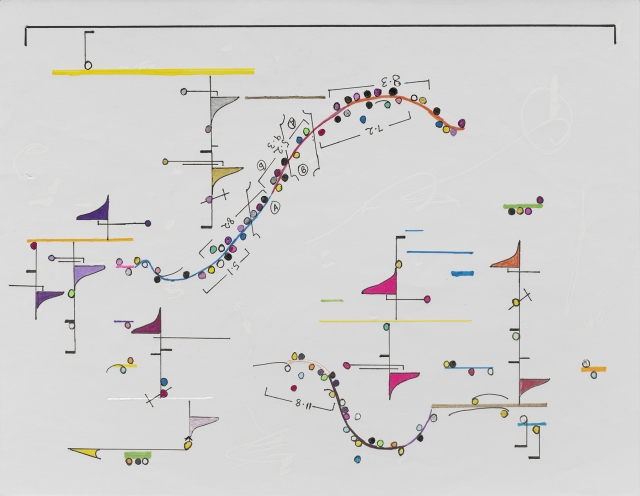 The scores of Made in L.A. 2016 artist Wadada Leo Smith are composed in the musical language of Ankrasmation, figuring as both aesthetic objects and musical roadmaps that encourage their performers to think deeply about improvisation as a resistance to classical notation.

Gilbert, Chair of Media Technology at Woodbury University, is a long-time collaborator of Smith, as well as several other experimental musicians, including harpist and CalArts faculty Anne LeBaron and pianist Motoko Honda. His work has been shown all over the United States, in venues such as Museum of Contemporary Art (MOCA) in Los Angeles and Ars Electronica in Austria.

Tonight’s performance will also be livestreamed on the Hammer Museum website.