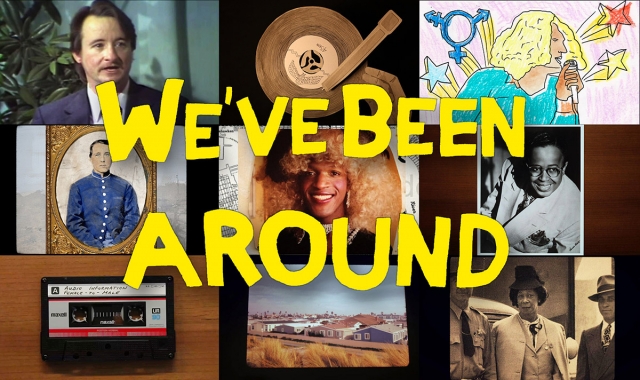 “With this series,” Ernst says in a press release, “I wanted to look towards my own trans history and forebearers to see where I came from and where we’re headed.”

The short films, each about five minutes long, tell the story of the following transgender trailblazers:

“The series couldn’t be more timely,” Ernst continues. “The issue of trans inclusion is now more relevant than ever with the fervor of anti-trans laws such as HB2 and several other bills popping up across the country. American culture and politics owe a huge, often overlooked debt to trailblazers who paved the way.”

Ernst concludes, “The trans movement may be making headlines, but our rich history is often overlooked. Trans people have always existed, and have lived many different lives. The central theme of We’ve Been Around is stated in the title. We’ve been here, throughout time, often hidden in plain sight. These stories show us just how important it is to share our histories.”

Above: The first episode of ‘We’ve Been Around.’