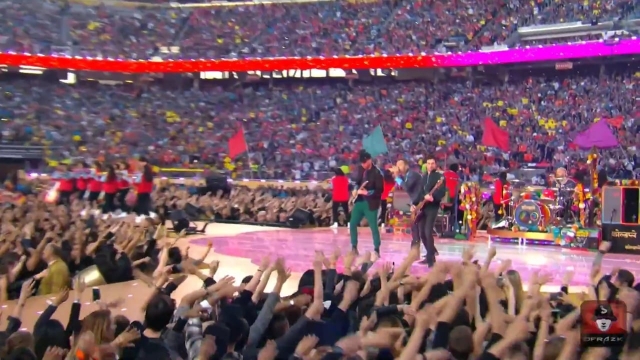 Above: Alumnus Robert Barnhart is nominated for an Emmy for his lighting work on the Super Bowl 50 Halftime Show.

Nominations for the 68th Emmy Awards were announced on July 14 by the Academy of Television Arts & Sciences, and several CalArts alumni have been recognized for their work in television.

Above: Honda’s commercial ‘Paper,’ which received a nomination for Outstanding Commercial.

Kirby Dick (Art BFA 76) is nominated in the category of Exceptional Merit in Documentary Filmmaking for his film The Hunting Ground. The film also garnered a nomination for Outstanding Original Music and Lyrics for the song “‘Til It Happens to You,” composed by Diane Warren and performed by Lady Gaga.

For a full list of nominations, visit emmys.com. The 2016 Emmy Awards, hosted by Jimmy Kimmel, airs live on Sept. 18 from the Microsoft Theater in Los Angeles.

With additional writing by Soleil David.