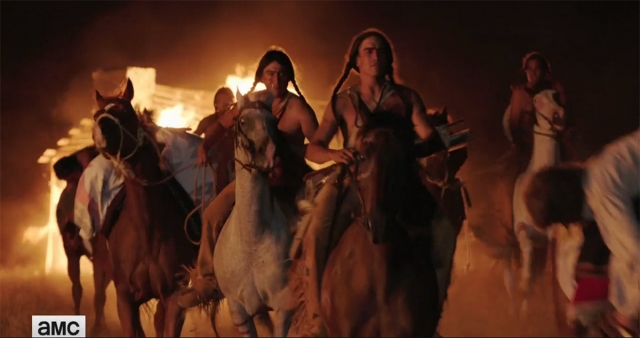 Screengrab from the trailer for the upcoming AMC TV show, ‘The Son.’

Alumna Elizabeth Frances Yoakem (Theater BFA 08) is the newest addition to the cast of AMC’s upcoming drama series, The Son.

Based on Philipp Meyer’s book of the same name, the TV series tells the epic tale of America’s birth through the multi-generational story of one Texas family. Yoakem plays Prairie Flower, a member of the Comanche tribe, who, over the course of the series, falls in love with the character Eli McCullough.

Playing McCullough is former James Bond star Pierce Brosnan, who had been absent from TV for nearly three decades since his starring role in the NBC dramedy, Remington Steele.

AMC has ordered ten episodes of The Son which is set to premiere in 2017. Watch the trailer.