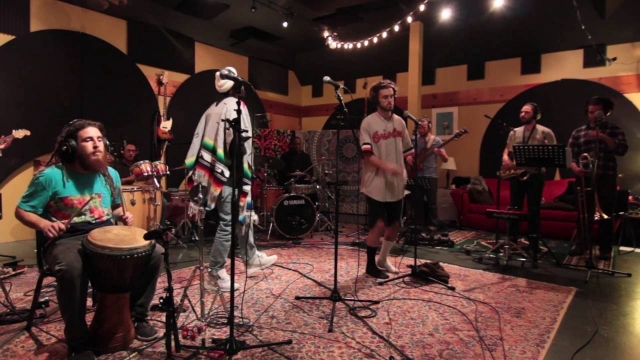 Above: ‘Tomorrow (Bouzoukifunk)’ by International Connection.

International Connection, a jazz/funk/hip hop music collective, kicks off their Golden Roots Tour, a tour throughout California, at Club Los Globos in Los Angeles, Aug. 20 where they will be joined by fellow L.A. group, Katalyst.

Earlier this month, the group released a video, the first in a live in-studio series that features their original song “Tomorrow (Bouzoukifunk).”

“Our mission is simple. Deliver the funk. Break it down! Give ‘em something off the top. Play! Share our words and our sounds with you. Most importantly, have fun!” said music director Joshua Linsky in the tour’s press release.