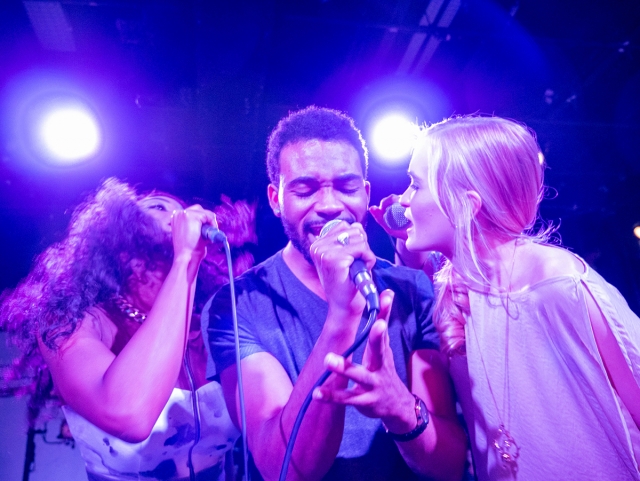 Last month, Princess Grace Foundation-USA announced the winners of its annual Princess Grace Awards, given to emerging artists in theater, dance and film in the form of scholarships, apprenticeships and fellowships. Three CalArts student are among this year’s award recipients. They are Tanya Orellana (Theater MFA 17), Gordon Straub (Film/Video MFA 17) and Ben Neufeld (Film/Video MFA 17).

Orellana, who receives a Theater Scholarship, is a set designer and puppet artist. Her work has been featured in a workshop for The Fasting Girls, Bayou Blues and most recently in the Edinburgh Festival Fringe production of Dead Awaken.

Straub, an experimental animator, is awarded a Film Undergraduate Scholarship. In 2012, Straub became the youngest person to give a talk at tech conference MacWorld/iWorld in San Francisco. His film, Octofornia, created in collaboration with Cole Mercier, showed at the 2014 KLIK! Amsterdam Animation Festival.

Neufeld, who receives an Honorarium in Film, is a film and video maker from New York. He was recently awarded CalArts’ Allan Sekula Award for Social Documentary for his film, Tarshish, a documentary/fiction hybrid considering contemporary Israeli life and the history of Zionism. He is currently working on the film The Unimaginable, which traces a filmmaker’s grandmother’s imagined romance at a labor camp during the Holocaust.

Above: Excerpt from Ben Neufeld’s ‘The Unimaginable.’

The Princess Grace Awards were established 34 years ago to honor the legacy of Princess Grace (Kelly), Princess of Monaco and a patron of emerging artists during her lifetime. Award recipients will be honored at a gala at Cipriani 25 Broadway on Oct. 24.