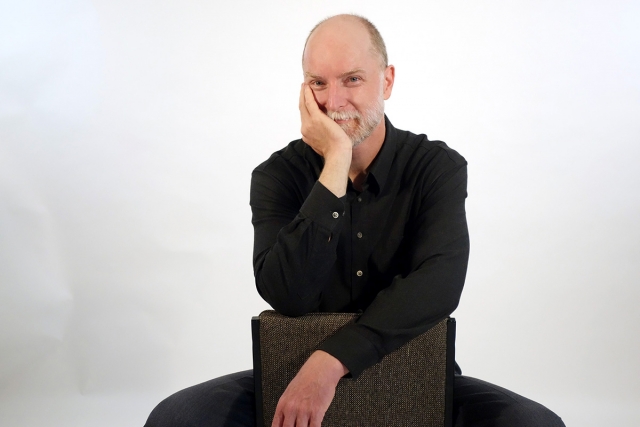 Starting tomorrow (Sept. 2), actor and CalArts alumnus Hugo Armstrong (Theater BFA 98) stars as President Lyndon B. Johnson in South Coast Repertory’s All The Way, staging at the Segerstrom Center for the Arts in Costa Mesa, Calif.

The story begins in 1963, after the assassination of President John F. Kennedy. All the Way follows Lyndon Baines Johnson as he fights to overcome his reputation as an accidental president and maneuvers to pass the landmark Civil Rights Act by any means necessary. Some of the nation’s most dynamic leaders of the time—from the Rev. Martin Luther King Jr. to Alabama Gov. George Wallace—stand with the president or against him. As Johnson wheels and deals on Capitol Hill, he keeps his eye on a second term and the looming 1964 presidential race.

Marc Masterson directs the Tony Award-winning play, written by Robert Schenkkan. “I’m drawn to All the Way because of its ambition and scope,” said Masterson in the press release. “LBJ’s life ambition was to be president and in this play, we see how a deeply flawed and complicated man made the Civil Rights Act happen—which no one thought could be done—and it continues to be part of our national discussion to this day.”

In a review for a 2014 run, Christopher Isherwood of The New York Times wrote, “All the Way is at its most captivating and nuanced in its multifaceted portrait of Johnson. His many contradictions—egoism battling with insecurity, a natural warmth at odds with a violent temper, a true commitment to the greater good alongside sharklike political instincts—are all given their due.”

Armstrong is a winner of multiple theater awards, including the Los Angeles Drama Critics Circle Award and the Ovation Award. He has appeared in numerous stage productions throughout the country and his TV credits include Stitchers, NCIS and The Mentalist.

All The Way runs through Oct. 2.