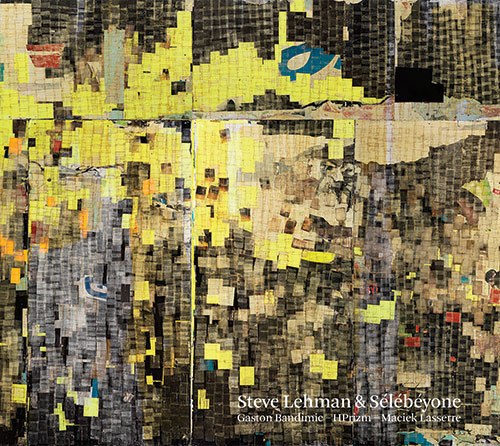 Composer and saxophonist Steve Lehman, who joins the faculty of The Herb Alpert School of Music at CalArts this semester, is earning great notices for his just-released album, Sélébéyone (on Pi Recordings). Collaborating with French saxophonist Maciek Lasserre, the two crafted nine compositions for the record, five by Lehman and four by Lasserre.

Sélébéyone is an amalgamation of jazz and hip-hop with MCs High Priest and Gaston Bandimic trading off rhymes and raps in English and Wolof (a language of Senegal). In a feature story on the project, the esteemed British music magazine The Wire (September 2016) described Lehman as taking the conversation between the genres to “feverish new heights” with the release. Writer Stewart Smith compares Lehman’s work of melding jazz and hip-hop to the critically and commercially successful 2015 album To Pimp a Butterfly by Kendrick Lamar, but he also reports on how the two projects differ.

Sélébéyone, by contrast, is a sophisticated jazz/hip-hop hybrid, with intricate structures and complex rhythms. “We don’t want the music to be difficult just for difficulty’s sake, but ultimately you want a fresh sound… I could come to Gaston and Maciek and say, ‘What if there’s a section where there’s a bar of 5/4, you’ve got five beats, and then there’s a measure of five 16th notes and then this happens, can you do that? How do I frame that in terms that are relevant to you? And then what does that mean in terms of what you do lyrically?’ Same thing with figuring out how samples align with what’s going on with live players. How do you get samples not to just be these fixed dead recorded sounds but actually adhere to a harmonic sequence or rhythmic sequence?”

On the album, the musicians and rappers all strive to ensure their individual voices are heard. The project allowed Lehman to develop his interest in expanded tonality and non-repetitive grooves.

Lehman, who is also featured in the October 2016 issue of Downbeat magazine (“Stars on Faculty: Students benefit as famous musicians enter academia”), begins his tenure this week, and we hazard to guess that he’ll expand on those themes and interests at CalArts as both a performer and a teacher.