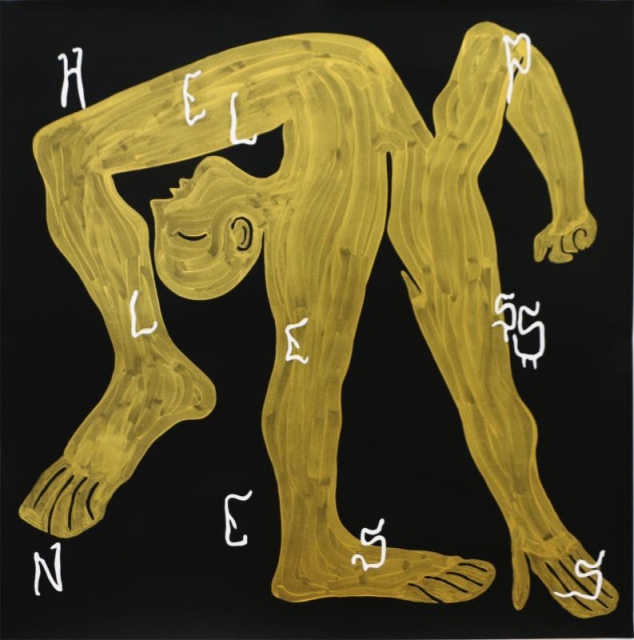 Update: RELEASE is extended through Dec. 31.

RELEASE gathers works by Oyer from 2011 to the present, from sculptures and apparel to his highly sought-after black and gold paintings. “The exhibition continues Oyer’s theatrical investigations and critiques of American imperialism, neoliberalism and greed,” according to the press release. Visitors can also listen to an eponymous original music album by the artist while perusing the exhibit.

Oyer’s collaborative album further engages the viewer and the stronghold of meta-narratives of the past, by way of sound and movement. The album begins its journey with an inquiry into a series of spells that were embedded within the sound waves of a number of popular songs in 1982. These spells were engineered to enter the minds of listeners via their eardrums and dismantle the white supremacist, capitalist, imperialist and patriarchal pathologies that characterize American domination. RELEASE harnesses club music in order to conjure, engineer,and cast new spells and prompt movement, participation and subsequently, change.

Above: Music video for single from ‘RELEASE’ by Tyler Matthew Oyer.

RELEASE is on view through Nov. 12.