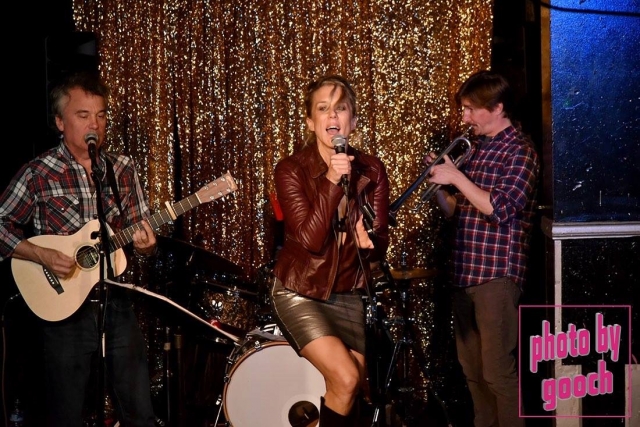 Best known for her work on the HBO series Looking and as a former Daily Show correspondent, Weedman is also a staple in Los Angeles’ storytelling circuits. She’s hosted many of The Moth’s story nights and has participated in the long-running Uncabaret series, among others. Also a veteran writer, Weedman’s latest book, Miss Fortune: Fresh Perspectives on Having it All from Someone Who is NOT OKAY, was published by earlier this year by Plume. Her first book, A Woman Trapped in a Woman’s Body, was named as a top ten Indie book for 2007 by the Kirkus Review.

In Tammy/Lisa – From Misery to Meaning, Weedman brings a memoir of sorts to the stage. She shares her secret alternate identity—Tammy Lisa—with the audience through through words, music, dancing and other surprises. Tammy Lisa is a persona that’s evolved from her past; it’s the name given to Weedman from her birth parents: Tammy from her biological father and Lisa from her biological mother.

Her adopted family gave her a new name and a life that led to near-stardom and gobs of critical praise, but as early-ish midlife approaches, Tammy Lisa is re-emerging as a musical and multi-faceted character who often embodies Loretta Lynn, Helen Reddy, or Lucinda Williams — depending on her mood swings. Tammy Lisa re-invents the cabaret form with funny and dark songs of heartbreak, gay boys, straight boys, volatile love, side-splitting comedy, and bliss.

Tammy/Lisa — From Misery to Meaning is directed by Erica Beeney with music by Tim Sonnefeld.

Here’s a taste of Weedman singing the blues.