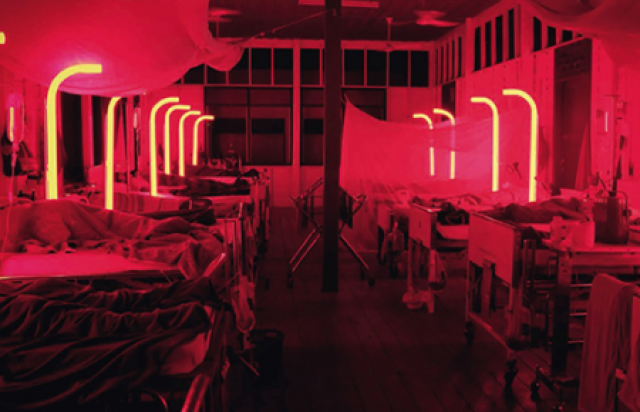 Excitement has been brewing among film students and faculty for the arrival of Apichatpong Weerasethakul, who is recognized in contemporary cinema for his originality and imagination. His seven feature films, as well as his short films and installations, have won him numerous awards, including the Cannes Palme d’Or in 2010 for Uncle Boonmee Who Can Recall His Past Lives, the Cannes Competition Jury Prize in 2004 for Tropical Malady and the Cannes Un Certain Regard Award in 2002 for Blissfully Yours.

Weerasethakul began making films and video shorts in 1994 and is the founder of Kick the Machine Films, a production company for experimental and independent filmmakers, which he started in 1999. Weerasethakul also works as a highly successful visual artist. His installations are a part of major museum collections around the world, and his work has been exhibited worldwide, including in Oslo, London, Mexico City and Kyoto.

The Thai filmmaker will be instructing a one-week workshop titled “Dreams” for selected CalArts students from Oct. 18-21. He was the guest artist for the School of Film/Video’s Cinematic Voices yesterday (Oct. 18), and today (Oct. 19) at 1 pm, he again screens films at the Bijou Auditorium. The screenings are an excellent opportunity to learn more about the filmmaker’s lyrical and fascinatingly mysterious works, which deal with memory and in subtle ways social and political issues.

If you are unable to attend Apichatpong Weerasethakul’s screenings at CalArts, he also presents three feature films and 21 short works in Los Angeles between Oct. 17-22 at Cinefamily, the Aero and the UCLA Film and Television Archive (at the Hammer Museum’s Billy Wilder Theater).