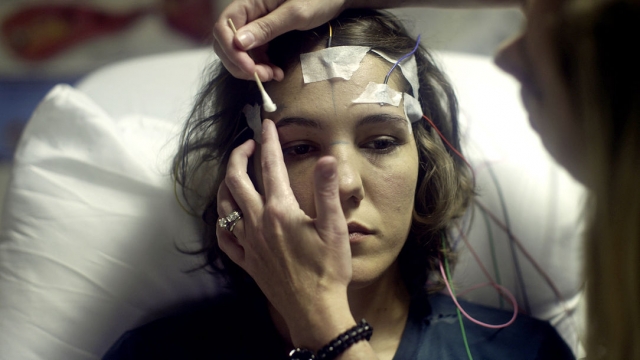 Each October, almost 100,000 cinephiles gather in Vienna for The Vienna International Film Festival or Viennale. Established in 1960, the festival features films of every genre and structural form, while paying particular attention to documentary films, international shorts and experimental works. In recent years, the Viennale has been collaborating closely with CalArts alumni and faculty, whose works form an integral part of the festival program. This year is no different.

Deborah Stratman’s (Film/Video MFA 95) essay film Illinois Parables weaves together the history of Illinois from the seventh century to the mid-1980’s in a vibrant and haunting way. The film won the Stan Brakhage Award at the Ann Arbor Film Festival. The documentary film Territorio by Alexandra Cuesta (Film/Video MFA 09) is a fragmented account of her travels from the coast of Ecuador, across the mountains and into the jungle.

Additionally, there are two short films by CalArtians in the Viennale this year. A Train Arrives at the Station by School of Film/Video faculty Thom Andersen is a 15-minute structural film comprised of 26 shots of train arrivals from movies released from 1904 to 2015. Joshua Gen Solondz’s (Film/Video MFA 16) Luna e Santur stroboscopically conjures the moon and the sun, as hooded figures enact a series of rituals in which an old trauma is remembered and exorcised.

Above: Trailer for Alexandra Cuesta’s ‘Territorio.’

The Viennale also dedicates a special short film program, “News from CalArts” to screen works from recent alumni. Five films were selected for the program:

Above: ‘How to Crack Hard-Boiled Eggs’ by Chy Chi.