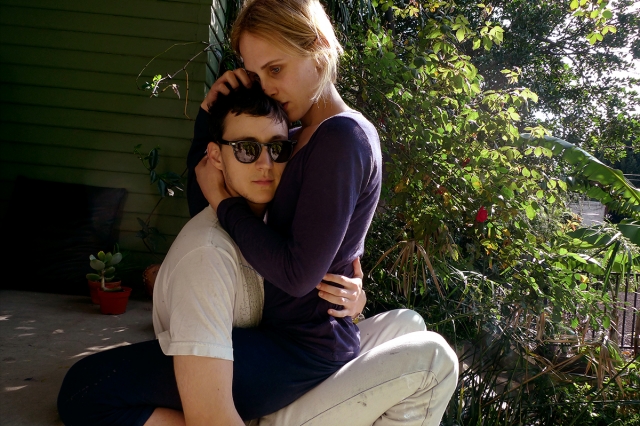 “Art-­making has always provided this place to invent and reinvent myself,” says CalArts alumna Zackary Drucker (Art MFA 07) in the September 13 issue of The New York Times Magazine. Drucker and alumnus Rhys Ernst (Film/Video MFA 11) were the subjects of a feature article occasioned by the release of the third season of Transparent, the Emmy-winning show that Drucker and Ernst co-produce, as well as the publication of their book of photographs, Relationship (Prestel, 2016).

The book consists of intimate pictures that Drucker and Ernst made of and for each other, without intention of public exhibition, during their six-year romance. Growing awareness of and interest in transgendered people led to the display of and critical acclaim for many of these images in the Whitney Biennial two years ago. The new book includes essays by Kate Bornstein and Maggie Nelson, head of CalArts’ School of Critical Studies’ Creative Writing Program.

Excerpts from the Times Magazine story by Emily Bobrow:

During the years they were together, from 2008 to 2014, Drucker was in the process of transitioning from male to female, and Ernst from female to male. They met soon after they each began taking hormones, so the photographs also capture what Ernst has described as “the unflattering throes of yet another puberty.” In calling this series “Relationship,” Drucker and Ernst are describing not only their partnership but also their relationship with themselves and their genders, their choices and their bodies.

…there are few public examples of trans people leading ordinary lives, filled with love and lazy mornings. There are even fewer cases, as Drucker and Ernst emphasized…of trans people taking control over how they are represented. 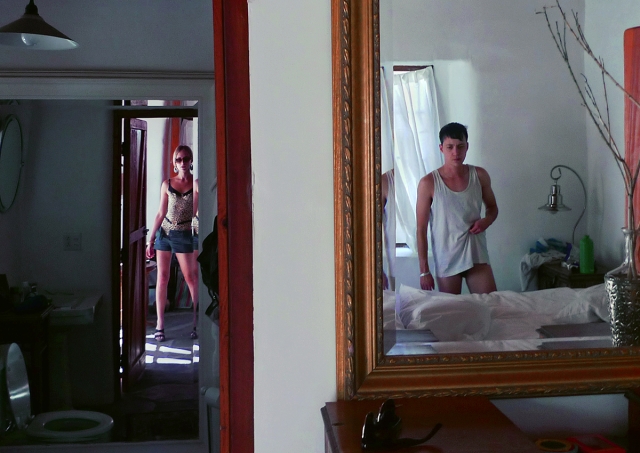 Drucker’s work has been performed, exhibited and/or screened at the 54th Venice Biennale, MOMA PS 1, and Deitch Projects, among others, and in California, at The Hammer Museum, REDCAT, LACE, and the Yerba Buena Center for the Arts in San Francisco.

Ernst is primarily a filmmaker. His work has screened at Sundance, Oberhausen, and The Hammer Museum, among others, and he’s won awards at Outfest, Chicago International Film Festival and the LA Transgender Film Festival. Ernst is currently developing a feature film that he’s described as a middle-aged trans guy buddy movie.