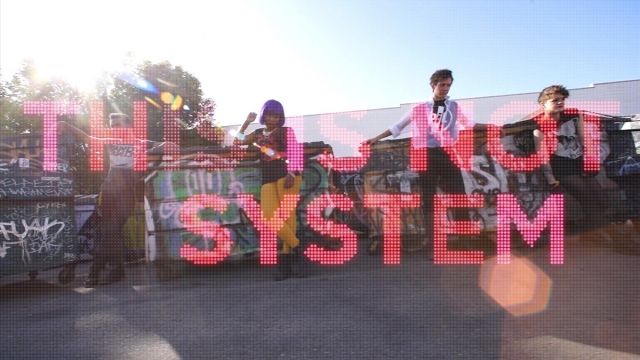 The exhibit features a five channel video installation starring five characters who form a crew comprising manager, worker, programmer, consumer and dealer. Along with the installation are new copper works. The work explores post-capitalism and the workerist theory—a political theory that emphasizes the importance of the working class.

Covenant Transport Move or Die began at CalArts, partially sponsored by the Center for New Performance. Several CalArtians were instrumental in the project’s completion, with students from the School of Theater acting, performing voice overs and working on costume and stage management. Students from the Schools of Film/Video and Art were involved in postproduction.

Beech is an artist and writer whose work “proposes a new realist politics of the artwork and its possibilities in the context of contingency and neo-rationalist conceptions of power.” She has exhibited extensively worldwide.