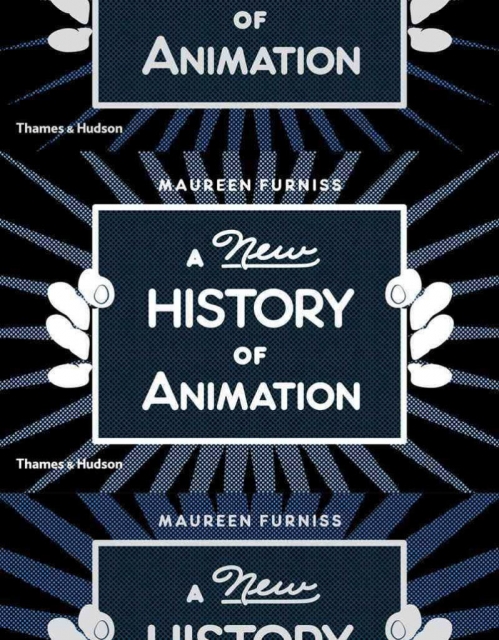 Cover of Maureen Furniss’ ‘A New History of Animation.’

Update: Maureen Furniss has won the 2017 Award for Outstanding Contribution to Animation Studies from Animafest Zagreb.

For anyone who’s ever taken, or wanted to take, an animation course at CalArts, A New History of Animation should be added to your reading list. In her new book, author Maureen Furniss, Director of CalArts’ Experimental Animation Program, synthesizes her lectures into 400+ pages that trace the lineage of moving images all the way back to the caves of Lascaux. “In 20 years of teaching animation history, I have never found one book that covered all of the aspects of history I wished to present,” said Furniss in a CalArts press release. “Consequently, I developed my own extensive database of historical notes to use for my lectures. When I was contacted by Thames & Hudson to develop a book on the history of animation, I used my notes as the basis for the chapters.”

Divided into six sections that highlight everything, from 17th century magic lantern shows to stop motion to Pixar, Furniss’ approachable writing style makes the content accessible to both experts and newcomers to the field. Sarah Boslaugh of PopMatters writes:

Furniss avoids using specialist jargon unless it’s really necessary, in which case she defines the terms, and writes in a straightforward voice devoid of tedious academic-speak. [She] takes pains to mention relevant historical events, developments in live-action film, and trends in the other arts, and discusses how they influenced animation for the period in question.

In addition to the richly illustrated content, a standout feature of the book is the global scope of Furniss’ research. Rather than focusing solely on the history of American animation, Furniss cites in the press release that animators from “Eastern and Western Europe, the UK, Australia, Latin America, South Africa and elsewhere. The analysis of these works is placed within historical contexts that help readers understand the ‘big picture’ that has influenced the development of the art form throughout the years.”

Above: Maureen Furniss discusses her new book ‘A New History of Animation.’

In a preview, Amid Amidi of Cartoon Brew says that the book “could become the definitive textbook history of the art form.” A New History of Animation is available on Amazon and through the publisher.

Furniss is the author of Art in Motion: Animation Aesthetics and The Animation Bible. She is the founding editor of Animation Journal, and a founding member and former chairman, of the board of the Society for Animation Studies. She has received awards for her contributions to the field of animation from the Hollywood chapter of the International Animated Film Society, ASIFA and from Variety. She received her PhD from the University of Southern California.