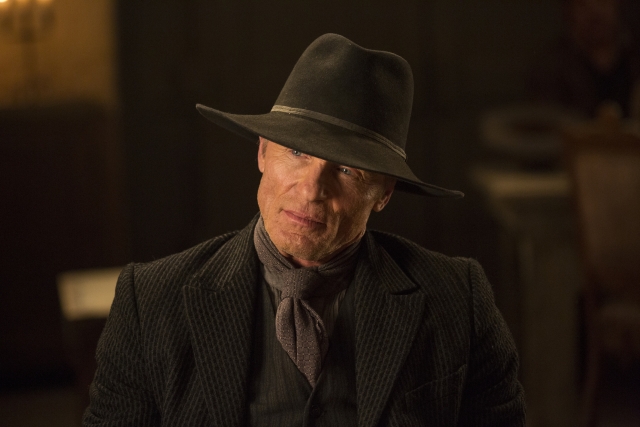 Above: Trailer for ‘Westworld.’

Based on the 1973 Michael Crichton film of the same name, Westworld, HBO’s newest television series, is about a theme park filled with artificially intelligent robots designed as objects to fulfill park-goers’ desires. However, for better or for worse, the facade quickly crumbles, as the ceiling keeping the AI “hosts” from consciousness starts deteriorating.

One of the show’s main story lines follows the unnamed “Man in Black,” who is played by CalArts alum Ed Harris (Theater 75). His character has spent years inside Westworld and is determined to get to the deepest level of the park’s history, which he sees as more than just an arena for amusement and profit. A three-time academy award nominee, Harris is among the talent-driven series cast that includes Evan Rachel Wood, Anthony Hopkins and Jeffrey Wright.

Westworld has proved both a critical and popular success, noted particularly for its acting, visuals and production values. One of this season’s art directors, Kit Stølen (Theater 09), hails from CalArts. His work will be featured in episodes 8-10, the last three of the season, titled “The Bicameral Mind,” “The Well Tempered Clavier,” and “Trace Decay,” respectively. He is also an assistant Art Director on episode 7, “Trompe L’Oeil.”

Although it’s still early in the game, Westworld is already gaining a loyal following and raising an impressive Internet buzz. Fan theories are spreading like wildfire, which comes as no surprise since Jonathan Nolan and Lisa Joy are the creators of the series. Nolan is well-known for his collaborations with his brother Christopher Nolan on films such as Memento, The Prestige and Interstellar. Like his previous works, Westworld is full of roller coaster twists and turns that keep raising the bar for suspenseful television.